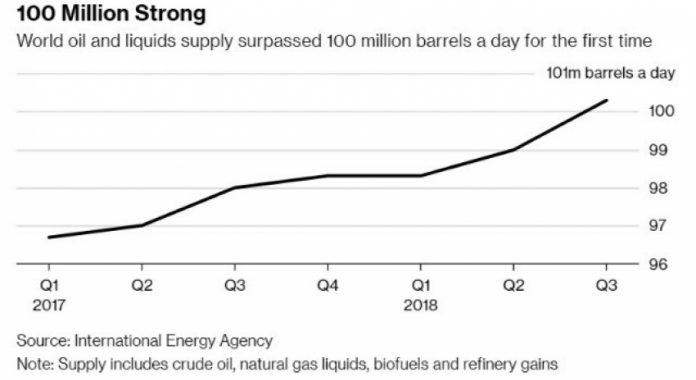 The new quarterly output record underscores how growing demand in the developing world requires new sources of supply in the short term, even as increasing sales of new energy vehicles and renewable power generation threaten the long-term growth of fossil fuels. The IEA sees production from outside the Organization of Petroleum Exporting Countries rising another 1.7 million barrels a day next year.