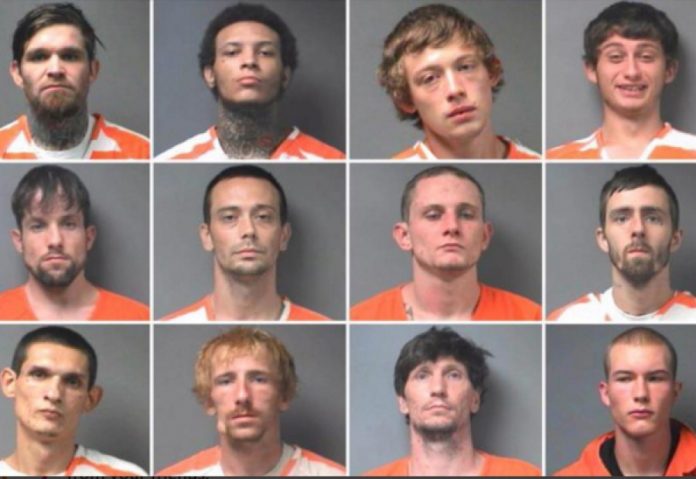 A new guard had been on duty and the inmates were able to trick him into opening their cell for them. Sheriff James Underwood explained to reporters just how they were able to pull it off!

This may sound crazy but these people are crazy like a fox,”

“They changed the number over the door with peanut butter,” he said. Next, “they hollered, ‘Hey, open door’ so-and-so,” but the men gave the guard the number to the door leading outside of the jail instead of the door to their cell. “And unknowingly to him,he had inadvertently unlocked the door that opened to the outside.

The 12 inmates then used blankets to cover and climb over a razor-wire fence that surrounds the Walker County Jail in Jasper, Ala., northwest of Birmingham. Several of them rode in one truck, while the others ran in different directions, Underwood said.

An inmate then asked an unsuspecting jail guard in the control room to open his cell, saying he needed to get back in.

Their plan was “well laid out,” Underwood said.“This one time we slipped up. I’m not going to make excuses. It was a human error that caused this to happen,” He’s a young guy, hadn’t been here that long,” Underwood said of the guard, whom he did not name.

Eleven have since been recaptured and are in custody. One, Brady Andrew Kilpatrick, who was in jail on drug possession charges, remains at large.
Underwood said the smooth criminals will face additional charges as a result of the escape, but did not say what will happen to the guard.

The escapees are between 18 and 30 years old. Two are in jail for attempted murder, the others with charges like burglary, domestic violence, theft, breaking and entering, disorderly conduct, and drug charges.