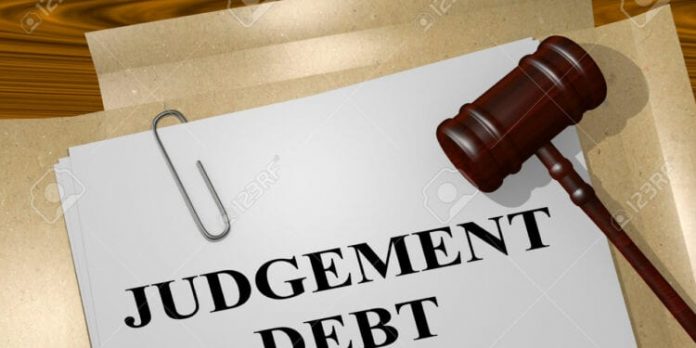 Ghana will be paying over $200 million dollars to Ghana Power Generation Company (GPGC) after a court in London awarded $170Million against the oil-producing West African country, a private legal practitioner Bobby Banson has said.

He explained on the Key Points on TV3 Saturday, June 26 that the government is going to pay interest on the 170million and also the legal fees the company paid to its lawyers to handle the case.

This, he said, will shoot up the amount to over a 200million dollars.

Sharing his views on the cancellation of the contract which led to the judgment debt, Mr Banson told host Abena Tabi “The only reason they gave is because of excess capacity and now, somebody turns around and says that beyond that, I am giving the advice that terminates the contract because they have not met conditions precedent.

“I am worried particularly because we just went to the market to borrow 200million to set up a bank.

“This judgement debt is not even $170 million, if you add the interest, you add the legal fees it is in excess of 200million and we will pay.

“We can use that money to set up another bank. So we go for a loan to pay a debt.”

Meanwhile, a former Minister of Power, Dr Kwabena Donkor, has said the emergency power agreement went to cabinet and parliament for approval.

He told Dzifa Bampoh on the First Take on 3FM Wednesday, June 23 that the agreement met all the constitutional requirements hence the $170million judgement awarded against the government of Ghana for the termination.

Mr Donkor was reacting to a comment by Attorney General Godfred Dame that the decision by the signatories to sign such an agreement was uninformed.

Gofred Dame had said in relation to the judgement debt that “The fundamental question that we asked is why the agreement was entered into in the first place? Why did John Jinapor and his former boss execute the signatory of this agreement and afterwards set up a committee to review those agreements?

“It is because you yourself had realised that this was going to result in excess capacity.

“Indeed, the cost was very, very monumental. As per the report of the PPA Committee, if all the agreements signed by John Jinapor and his former boss had been allowed to run, each year, the nation was going to be exposed to payment to the sum of $586 million.

Reacting to his comments, Dr Kwabena Donkor who is lawmaker for Pru East told Dzifa that “The awards was given for wrongful termination, not for wrongful signing. I am therefore surprised that the Attorney General does not deem it fit to confirm that whoever terminated will also be referred to the CID.

“The Ghana Power Generation Company (GPGC) was sent to cabinet, it had cabinet approval. Indeed, the Secretary to Cabinet wrote to Parliament on the 3rd of July 2015, and parliament approved the agreement.

“It went through the constitutional process set out for these agreements.

“This agreement had the lowest tariffs of all the emergency power purchasing agreements. It had the shortest duration, four years and that agreement did not require any financial security from the state of Ghana and therefore it was one of the agreements negotiated.”