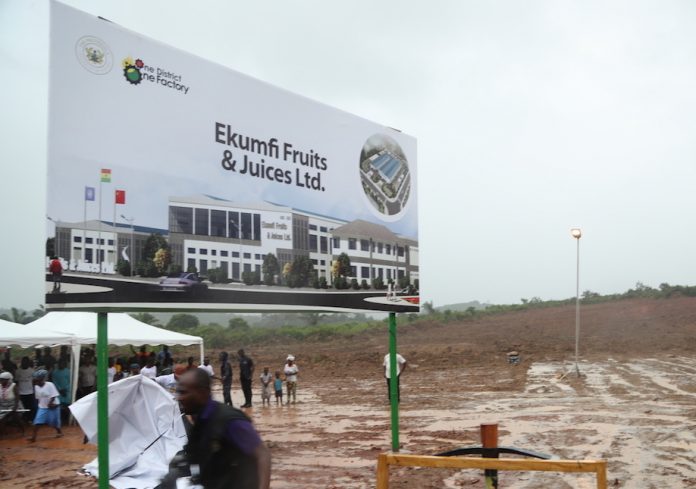 Minister-designate for Trade and Industry, Alan Kwadwo Kyeremanten, has disclosed that One-District One-Factory (1D1F) will create about 425,246 jobs when all projects started under the policy are completed.

The initiative, he said, has so far created 139,331 directed and indirect jobs since its implementation with additional 285,915 jobs projected to be created from the various projects currently under construction.

Mr. Alan Kyeremanten disclosed these last Friday when he took his turn to be vetted by the Appointments Committee of Parliament.

The government, he said, has been able to mobilize GH¢2.3 billion from local financial institutions for the successful implementation of the programme.

He said, “Government has provided interest subsidy support of GH¢213 million meant for risk projects for the participating banks. The interest subsidy then makes it easier for the banks to come up profitably.”

“In addition to that GH¢603 million import duty exemptions have been granted 37 1D1F companies having come through this honourable House.”

The initiative, he said, which has been led by the Ministry of Trades and Industry is one of the most revolutionary interventions to have been introduced in the country since independence.

The renominated Minister for the Trade and Industry portfolio, who is also a lawyer, an entrepreneur, diplomat, and management consultant noted that the 1D1F goes to the core of bringing in industry and development to the doorstep of the ordinary people.

“That is why we have pursued with aggression this whole programme of 1 District 1 Factory,” he stated.

Mr. Alan Kyeremanten denied comments that the programme is an attempt to brush up existing companies and stressed that while the implementation framework allows for existing companies to join, the statistics tell a different story.

He stated that a total of 232 projects have been completed under the 1D1F programme since the implementation of the initiative started out of which only 64 are existing companies.

According to him, there are currently 76 projects operating under 1D1F, 107 are under construction while those ready to commence construction within the first half of 2021 is 49.

Giving a breakdown of the sectors in which the 232 companies operate, the nominee stated that 56% of the industries constructed are in agro-processing, 22% are into general manufacturing, 5% in meat processing, 4% in primary agriculture while 13% are general industrial enterprises.