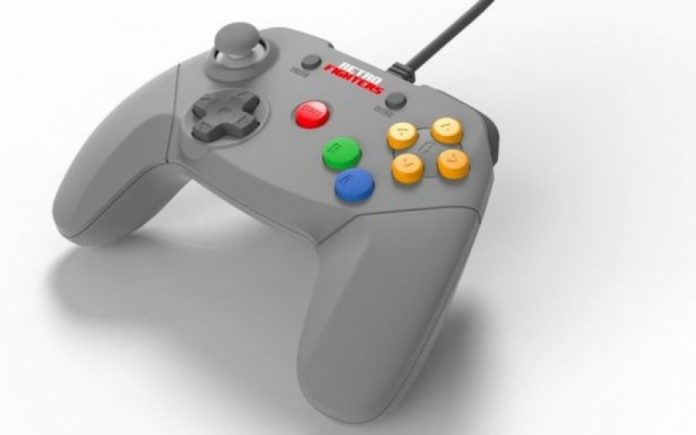 Retro Fighters have reinvented the Nintendo 64 controller, enticing backers on Kickstarter with the prospect of being able to play some classic games with a controller that actually makes sense. At the time of reporting, the project has received about $40,000 from backers — way past its $13,000 goal.

In case you’re not sure what it is the Retro Fighters N64 controller improves upon, just take a quick glance at the abomination that is the original N64 controller:

You may notice that there are three hand grips. For your three hands, I guess?

The above controller design was meant to ease gamers from the standard directional pad (on the left) to the joystick (in the middle), allowing people to use whichever method they preferred while playing games.

Unlike more modern controllers, players would easily be able to use both the d-pad and the joystick on the N64 controller. But that theory hasn’t proved as useful as the original design intended, and Retro Fighters wanted to fix that. Not only that, they vastly improved the notoriously bad joystick with a better grip and less janky fitting, made the hand grips more ergonomic, and improved the triggers.

The Retro Fighters controller works with standard N64 rumble packs and memory cards and plugs right into the N64 console, and they cost $20 on Kickstarter.

Retro Fighters expects the controllers to ship to backers in November and are offering multiple color options after hitting $30,000 in funding.