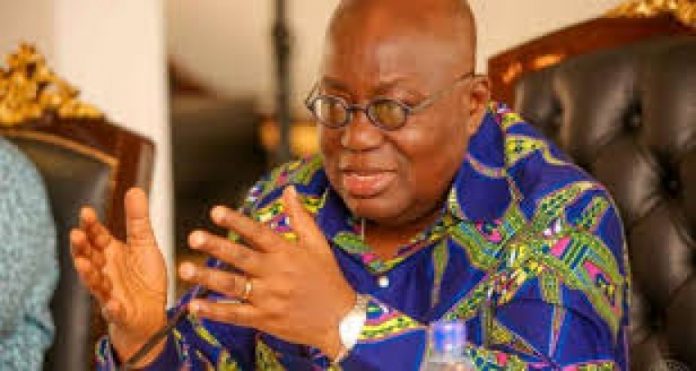 He said though his administration inherited an ailing economy, systematically, it had succeeded, as economic indicators have shown, in putting the country’s economy back on the right path.

Thus, there was no reason for the people of Ghana to be poor because God had endowed Ghanaians with everything, and if we put it together properly, we should be a wealthy and developed nation, that is the vision that is animating me” he said.

The President was speaking when he inducted into office, six new ministers whose nominations were approved by Parliament on Thursday.

At a short ceremony at the Jubilee House in Accra, President Akufo-Addo told the new Ministers that they had proven their mettle and were deserving of those appointments.

He told them that though they were joining his administration half-way through its term, they should integrate speedily and cooperate with other appointees to enable the government to deliver on its policies and programmes.

The President further urged the ministers to realise that they were not in competition with each other and anybody, but were all working together to deliver on the things his administration promised the Ghanaian people that got them to vote them into power.

He said though his government had delivered on some of its promises, there were still others to go, and, “if we all continue to work hard and keep our eyes on the ball”, his administration would be able to give a good account of its stewardship.

President Akufo-Addo further advised the six to stay focused, and strive, even with all the distractions they encounter, to deliver on their mandate.

Mr Oppong Nkrumah on behalf of the ministers thanked the President for the confidence reposed in them, assuring that they would work to meet the expectations of the government and Ghanaians.