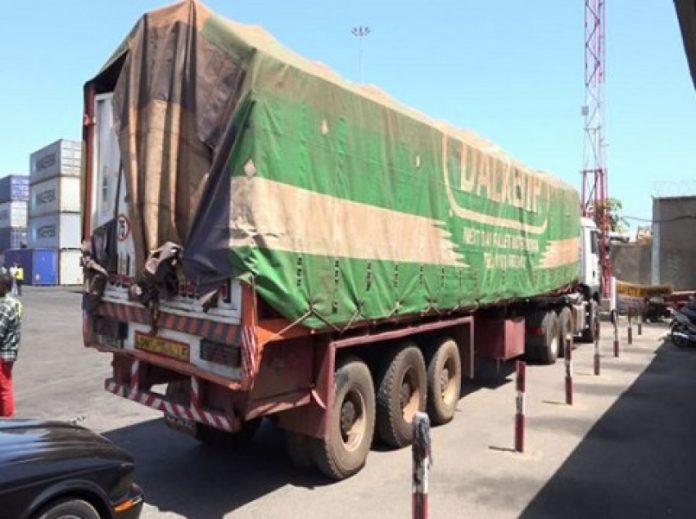 The cargo, tomato paste, car batteries and sugar, said to be on transit and were meant to be transported to neighbouring countries exited the Customs warehouse at the Tema Port without documentation or a tracking device to help trace from the point of exit to the final destination.

The National Security Coordinator for Tema Port, Lieutenant Christian Kofi Tettey told Graphic Online that one of the drivers, identified as Awudu Yakubu admitted that he was transporting the cargo on the orders of the agent and the importer.

Lt. Tettey said the importer and the agent during interrogation admitted removing the tracking devices prior to the journey.

He expressed disappointment on why the Customs officials failed in their responsibility to ensure that the tracking devices and necessary documentation were procured before the cargo was released.

“Government is losing so much revenue as a result of the diversion of cargo and warehousing, and we envisaged that all stakeholders connected to the transit regime would have lived up to expectation”, Lt. Tettey stated.

He said National Security has encountered several instances where the electronic tracking devices which are to aid the monitoring of trucks in transit were either not fixed or were tampered with.

He assured that all persons caught associated with the incident would be prosecuted.