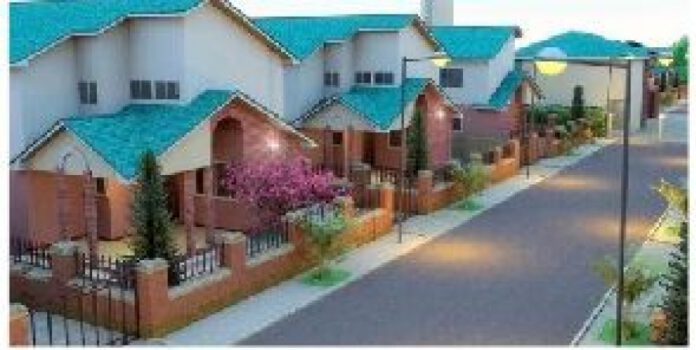 The country’s housing needs is in short supply of 1.7 million units, and is projected to climb to two million by 2018, which he said, required the introduction of pragmatic and deliberate policies and private sector participation to raise supply.

“Our housing deficit has reached 1.7 million units which is expected to reach two million by 2018 and we would need about 34 million dollars to fix it,” he said in an interview on Thursday. He said the government would have to build 190,000 to 200,000 units each year for the next 10 years to bridge the gap.

This is expected to cost around $3.4 billion for the 200,000 units. He urged the newly appointed sector minister to revise the current Ghana Revenue Authority tax laws which he described as “bogus.”

He said the law states inter alia that before one could build affordable housing, it must be in consultation with the sector Minister and the Minister of Finance without spelling out modalities to qualify the company or person venturing into the construction.

“Which I think is an avenue for corruption and will encourage looting and sharing as it happened in the previous government,” he said. He lauded government for creating a separate Ministry for Works and Housing that would largely focus on addressing challenges in the estate sector and close the demand and supply gap.

He said the new Ministry showed government has given priority to the housing sector to “help us achieve what we have been talking about that the affordable housing deficit gap is always increasing the ability of a household to spend up to 30 per cent of their gross annual income on rent.”

“What I am saying is that whoever spends more than 30 per cent of his/her annual income on rent, you are not living in an affordable way, you are living in an expensive way in terms of housing,” he said: “and to be able to do that, the house has to be broken down.”

“If the demand is less than the houses then it would force people to come down with the housing rent which would meet their pockets, something of that sort and that is the clear cut definition for affordable housing.”

The World Bank, in May 2016, reported that about 48 per cent of the youth from 15 to 24 years in Ghana did not have jobs and estimated that the figure would peak in the coming decade, thus raising concerns about the preparedness of Ghana to deal with the problem.

But the construction expert said the unemployment challenges could be solved substantially by paying attention to the housing industry – which had a value chain that could engage more than 80,000 unwaged youth. Mr Danyansha said the new administration ought to look at ways of finishing all the 4,900 housing units started during President John Agyekum Kufuor’s era and another 5,000 units by President John Dramani Mahama government as part of austerity measures to fight joblessness.