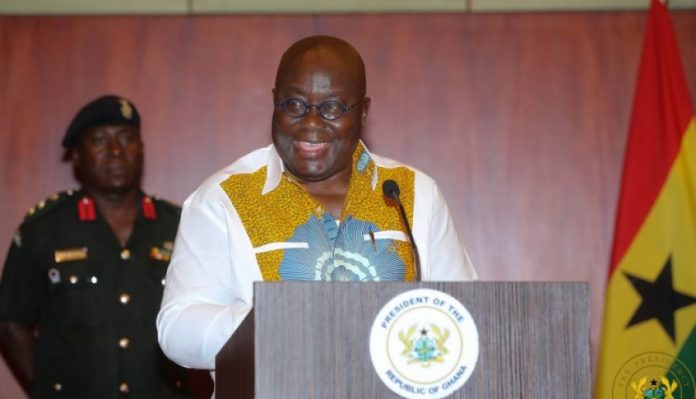 According to him, adequate power supply is critical to the operation and success of industry, especially small and medium scale enterprises, which provide the bulk of employment.

He explained that not only is regular supply important, but competitive rates of power are equally important.

It is for this reason, the President said, that “tariff rates for non-residential users of electricity, which embrace many SMEs, have been reduced by an average of 14% to boost their competitiveness.”

President Akufo-Addo was speaking at a media encounter on Wednesday, 17th January, 2018, at the Flagstaff House, marking his government’s 1st year in office, when he made this known.

The President revealed further that an Industrial Development Tariff has been approved for industry to enhance its competitiveness.

“In addition, a review of 24 power purchase agreements, which has led to the termination of 11 power deals and the rescheduling of 8 others, has enabled us to save the government treasury about $7 billion in excess capacity charges over a 13-year contract period,” he said.

The President continued, “We also issued 7 year and 10 year cedi-denominated bonds, totaling GH¢4.7 billion, which have halved the $2.4 billion energy debt we inherited, and have helped improve the liquidity of the banks, and the balance sheets of the SOEs in the energy sector.”

In 2018, President Akufo-Addo was hopeful that his Government will consolidate these gains and ensure the flow of regular, affordable power to support the economic development of Ghana.

On one of his government’s flagship programmes, Planting for Food and Jobs”, the President stated that the Programme, which registered over 200,000 farmers in the 2017 crop season, has been a big success.

“I am particularly excited about the institutional sub–programmes, where 20 Senior Technical High Schools, National Service Scheme and the Prison Services were supported to cultivate their own farms. Under the Youth in Agriculture programme of Planting for Food and Jobs, 10,000 youth were supported to cultivate 800 hectares and 10,320 hectares of rice and maize, respectively,” he added.

Under the Programme, the President noted that average yields of maize and rice have increased, and the country’s warehouses are filling up.

“Whilst the full picture of this success is yet to emerge, it is noteworthy that many farmers have expressed their satisfaction that, for the first time in a long while, a deliberate government policy has helped to boost their harvest. We are doing things differently, and we are getting results,” he added.

On the fight against the illegal mining phenomenon, popularly referred to as galamsey, President Akufo-Addo stressed that his administration inherited a situation where illegal mining or galamsey had become a serious menace to the very existence of the country, explaining that Ghana’s forests and water bodies had become degraded, and the health of those engaged in the activity and their communities were all at risk.

“Let me state here again my gratitude to the media for the support they are giving in the campaign we are undertaking against galamsey. This is not a short-term campaign, and we need everybody’s support to make a success of it. As I have said a few times, since the Almighty blessed us with precious minerals, there has always been and always will be mining in our country,” he said.

The President continued, “We are not against mining, but we cannot accept mining in a manner that risks destroying our country. The reforestation programme that we have started should help to regenerate our forest cover and water bodies, and, hopefully, provide an attractive alternative employment to galamsey. On this subject, all of us, and not just government, have to do things differently.”