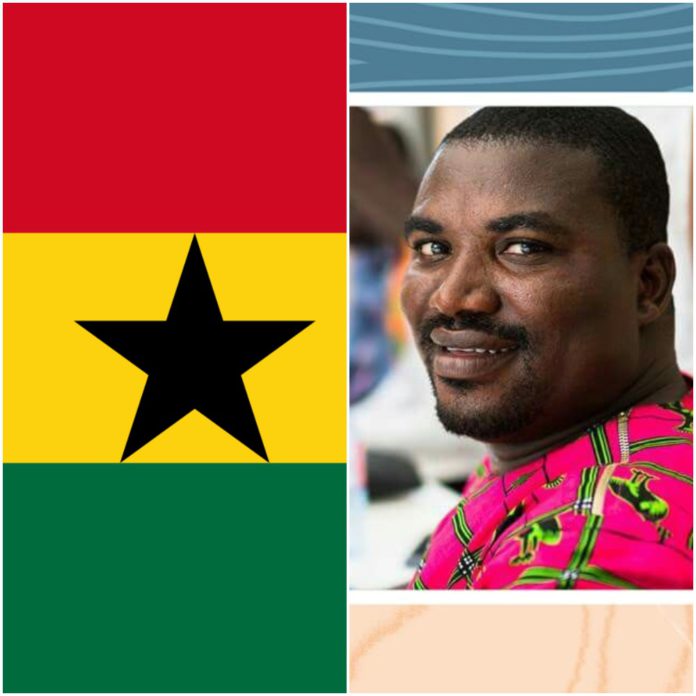 One early morning, When the moon was up, Shining as the sun, I went to Elmina Junction

And there and there, I saw a wretched ghost, Going up and down, Singing to himself

The above is an excerpt from the famous African prose, The Dilema of a Ghost, written by Ama Ata aidoo, one of the best female writers on the continent of Africa.

The confused state of the ghost at Elmina Junction, who did not know where to go is the complete afair and situation the country called Ghana finds herself.

A country with a population of roughly 29 million people filled with a bunch of confused people, either hardly know what they want and want to go for or don’t know what exactly their wants are.

I love and enjoy listening to Newsfile every Saturday morning in my old rickety Ford Escape.

Although I sometimes disagree with some of the resources persons’ analytical approach and submissions on the topics tabled for discussion, I can’t do without the show on Saturday mornings.

The wealth of knowledge displayed by some of the resource persons and the intelligent display of skills and styles in presentation by the host, will make you lock your dial there anytime and any day.

Unfortunately, I was late in tuning in on Saturday the 10th of October, due to two disturbing issues that wrecked my world.

The first issue was the untimely demise of the Member of Parliament for Mfantsiman, Ekow Kwansa Hayford, a friend and a brother, although I couldn’t make time to honour an invitation to his residence before death laid its icy hands on him.

I pray God forgives me for that.

The second issues was the heavy down pour on that fateful day that turned the capital city of Ghana, Accra upside down, to the extent that I spent hours maneuvering my way through a rather thick traffic from the Kasoa tollbooth through the Westhills Mall to Malam Junction.

But when I tuned in finally, alas! Ghana was at it again in her usual self-inflicted confused state.

There again, the death of another young intelligent and affable legislator has revived the debate on whether or not legislators deserve police protection or to perfectly put it, police as bodyguards.

Then I hit my hands hard on my steering and said God, not again!

But then, I smiled and told myself, Ghana is loaded with a bunch of confused people behaving like the proverbial confused ghost in the famous Ama Ata aidoo’s book, The Dilemma of a Ghost.

When the moon was up

Shining as the sun,

I went to Elmina Junction

And there and there,

I saw a wretched ghost

Going up and down

I hurriedly decided to write this article entitled: Ghana:  A Confused Ghost at Elmina Junction.

This is because, I remembered that the last time Hon JB Dankwah was murdered in cold blood, may his soul rest in perfect peace, this same issues came up.

When Hon. Kennedy Kankam of Nhyiaeso and his family were taken hostage in recent past by armed bandits, the issue came up again for a discussion.

When Hon. Kwadwo Ofori of Akan Constituency was stabbed in his Tema residence by armed men, the same issue of armed protection for legislators came up.

And again, in 2012, when Hon. Appiah Pinkrah was attacked by a group of armed men, every single radio station across the country discussed it without any proper stance by the state.

When Dr. Anthony Akoto Osei, a Professor of Economics and a Minister at the  Ministry of Monitoring and Evaluation was also attacked by members of the Delta Force, this same discussion came up and Ghanaians were divided on the way to go to save MPs from such a situation.

I can go on and on with the list of examples till there’s no space to write again.

My question is: how long is Ghana going to be in this state of confusion?

How long is Ghana going to lose her law makers in such a tragic manner before giving them some form of protection?

I am convinced beyond any doubt that the precious lives of these MPs would have been either protected or saved if they had any form of security.

Whenever  such matters come up, the Archimedes in Ghana, the Ghanaian economic Adams Smith and the Professor Alloteys with Mathematical prowess, begin to calculate how expensive it is for the state to enter into such enterprise without looking at the precious lives lost and their economic implications to the state and the bereaved families and their dependants.

Perhaps, Ghanaians have not taken into consideration how much the Electoral Commission and for that matter the state spends on by- elections and what those monies could have been used for.

Perhaps Ghanaians forget the hospitals without bed, the poor road infrastructure, the schools under trees among a host of other developmental projects that these monies could have been channeled to.

Not to talk of how much political parties spend in organising primaries and bye-elections to elect one person to represent a constituency because the state failed to protect an MP.

If we think democracy is expensive and the state can’t provide 275 police officers to protect the country’s law makers, then Ghana must abandon democracy and go back to military regime where guns rule and not laws.

The state doesn’t struggle in providing security for the Executives neither does it struggle to protect the Judiciary but whenever it comes to the law maker, it becomes a tug of war to the extent that some law makers even fight it.

Please! Don’t look at me with that eye because I am not trying to hold brief for the legislature.

I think the legislature is the most-abused arm of government despite the fact that they make the laws that define our rights as citizens of this country.

The Parliament of Ghana is not only the bastion of the country’s democracy but also the fulcrum of the Democratic dispensation the country continues to pride herself with.

If Ghanaians think Parliament and for that matter members of Parliament don’t deserve the best, then let us shut down Parliament and concentrate on the executives and the Judiciary if possible.

However, if Ghanaians think their democracy will suffer without legislative arm of government, then the time to act is now.

Let the death of Hon Ekow Kwansa Hayford spare the state on to push for police protection for MPs.

I am not sure those police officers who will provide security for the MPs will be given different remunerations from what they already have.

After all, you either drink deep or taste not.

Dawn of a new era: Consensus builder, Bagbin, takes over as Speaker of Ghana’s 8th Parliament