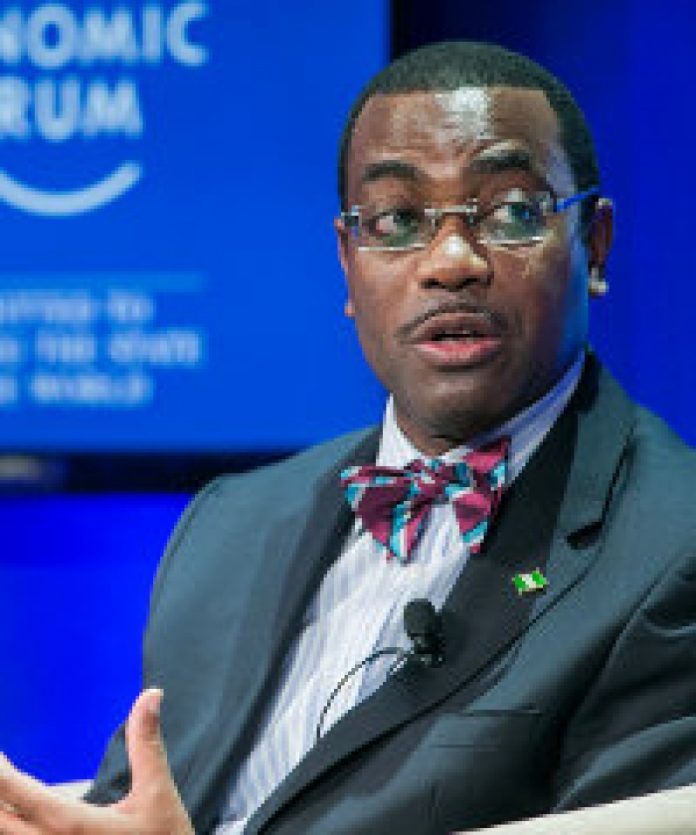 According to a press release, he is expected to engage with President Nana Addo Dankwa Akufo-Addo, key cabinet members and other development partners on the Bank’s partnership with the country, and visit landmark projects financed by the Bank.

The Bank is finalising a new Country Strategy Paper (CSP) for Ghana for the period 2017-2021.

The Strategy will support Ghana’s efforts to transform the economy through three of AfDB’s High 5s- Light Up and Power Africa, Industrialise Africa and Feed Africa.

The High 5s are the five areas in which the Bank is focusing on to help accelerate Africa’s economic transformation.

This will be done through support to private sector development in particular the energy sector to facilitate industrialisation, and agriculture development to transform the rural economy and improve food security.

The draft strategy is expected to be presented for Board consideration during the 3rd Quarter of 2017.

Recent road projects supported by the Bank include rural, urban and regional trade corridors. The support goes beyond road construction.

It includes the integration of community infrastructure development through rehabilitation and reconstruction of schools, health, water and sanitation facilities as well as markets along the road corridors to support trade and integration to boost economic activities of the local communities.

Ghana’s aviation industry has witnessed a significant growth in the past decade due to the discovery of petroleum and gas reserves in the country, sustained domestic demand, and increase in the tourism sector.

The Ghana Airports Company Limited (GACL), which is responsible for the development and management of airports in the country, has prepared a capital expenditure programme to build new airport infrastructure and rehabilitate or modernize the existing airports.

The AfDB is supporting the airport expansion programme through a $ 120 million loan from its private sector financing facility.

It said construction of a new terminal at the Kotoka International Airport (KIA) and rehabilitation of facilities were among key projects designed to improve air transport in the country.

The programme will also help to boost the country’s economy, reducing the cost of doing business and improving competitiveness.

AfDB is also exploring the funding of two separate interventions at Takoradi port through its private sector financing window.

The Bank plays a lead role in infrastructure development in Ghana and in transportation in particular.

It said the transport sector is the second largest share of the country’s portfolio- 26 per cent.

Since 1981, the Bank has financed 10 road projects, one railway project, four road studies, and one multinational project in addition to supplementary loans totaling $ 358,978,620.

The projects financed by the Bank have made significant contribution towards improving mobility, providing access to socio-economic opportunities for millions of people and facilitating regional integration.

In 2016, the Bank successfully closed two projects: The Fufulso-Salwa and Awoshie-Pokuase Road and Community Development Projects and begun the implementation of the Accra Urban Transport Project and preparation of the Eastern Corridor project.

The Fufulso-Sawla Project received a Bank Award in May for contributing towards regional integration.

The Bank’s current intervention in Ghana under the Development of Skills for Industry Project is tailored to address a key issue of human capital development through increasing the capacity of the country to produce high calibre technical skills.

The project also dovetails with the Jobs for Youth in Africa (JFYA) strategy.

The JFYA directly supports SDG8 on inclusive growth, productive employment and decent work for all, SDG 4 on equitable education and skills development, and SDG1 on ending poverty.