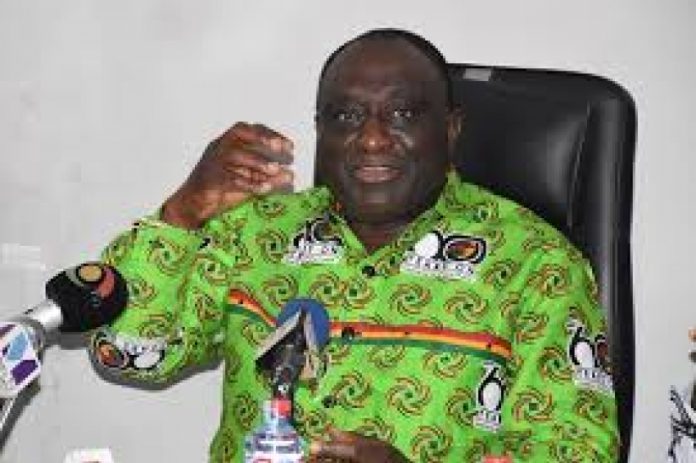 The meetings of the African Continental Free Trade Area (AFCFTA) Negotiating Institutions, which started on Wednesday, is running alongside the maiden Intra-African Trade Fair

The continent is seeking under the AFCFTA, to build a single integrated market of over one billion people with a combined GDP of approximately US$3.3 trillion, which is a key project of the African Union agenda 2063.

Speaking on some of the agreements on the free trade area, Mr Kyeremanten said there had been general agreement within the framework of the AFCFTA and that there would be a general 90 per cent of tariff liberalisation, which has already being agreed.

He said 10 per cent of the goods and services that would not be liberalised in terms of tariffs had also been agreed and categorised into sensitive products and products that would be excluded.

“It means that apart from the agreement of 90 per cent, seven per cent of the goods that would be left would be categorised as sensitive products and three per cent as excluded,” Mr Kyeremanten said.

“Generally speaking, it is understood that although we are all seeking to liberalise trade within the framework, there are certain products that are of strategic nature either for purposes of supporting your infant industry or for revenue generation. Those are products that you can put in the sensitive list,” he added.

Mr Kyeremanten said provisions had been made in the agreement to ensure that countries did not use their sensitive and excluded products to impede the progress of the liberalisation process.

“There are provisions intended that even though you have reserved some products you will not impede trade,” he explained.

On barriers to trade within the various sub-regional blocs, Mr. Kyeremanten said the challenges that currently confront regional trade were being worked on, adding that, lessons that have been learnt in dealing with these trials at sub-regional barriers would be transmitted into the continental free trade area.

In support of these objectives, the AfCFTA Agreement covers both goods and services under Phase I and will include Investment, Intellectual Property and Competition under Phase II of the negotiations.

The outcome of the meeting, which will conclude on Thursday, will be submitted and considered by the 32nd Session of African Union Heads of State and Government to be held in Addis Ababa, Ethiopia, in February 2019.