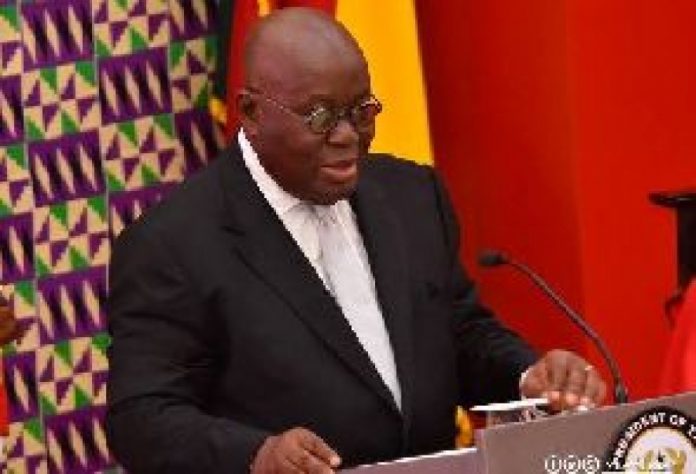 The Member of Parliament (MP) for Bolgatanga Central, Isaac Adongo, has criticized the governing New Patriotic Party (NPP) for chasing a loan total of 14 billion dollars with a 15-year repayment timeframe a 19 percent interest rate, saying the Akufo-Addo government is not keeping to its campaign promise of not borrowing to undertake developmental projects.

He disclosed that, the loan applications are currently before parliament for approval.

Independent checks by The Herald, has shown that in January this year, the Akufo-Addo government, borrowed a whopping GH¢1.7 billion from the domestic market.

This means the Akufo-Addo government, has borrowed about GH¢4 billion in less than 100 days in office contrary to its campaign promise not to borrow, because Ghana’s debt stock had risen beyond the country’s capacity to service it.

However, The Herald is informed that in May this year, the government is going for another US$4 billion.

According to the Bolgatanga Central legislator, the Nana Akufo-Addo-led three months old government, has reneged on its promises and laid before Parliament several loan agreements for approval.

Speaking on Onua FM’s morning show ‘Yen Nsem Pa’ hosted by Bright Kwesi Asempa, the MP explained that the NPP led by the flagbearer and his running mate, then in opposition, had said the NPP government will not engage in borrowing for projects.

He said the NPP in opposition was emphatic that they would rely on the country’s natural resources to develop the country, and wondered how the government developed a sudden appetite for borrowing.

“What beats my imagination presently is the sharp U-turn that the NPP in government has made already, laying before the House loan applications in the regions of 14 billion dollars over 15 years with 19% rate which is a clear case of departure from what they have preached in opposition,” Isaac Adongo asserted.

“Ghanaians now can see that the NPP has lied to Ghanaians concerning borrowing.

The President and his Vice, told the whole world they will not borrow for any project, but what do we see now. As we are about rising, there are several loan applications on our desk that we have to work on. They have told us lie for power and now they are struggling.”

Isaac Adongo, noted that the NPP in government has now seen the importance of borrowing and instead of eating the humble pie, “they are justifying it with all sort of excuses”.

He said, the NDC would continue to expose the ‘lies’ of the government to Ghanaians. “We will not wait until the four years is over, we will ask the questions now. They have lied to Ghanaians and all these lies will be exposed” he averred.