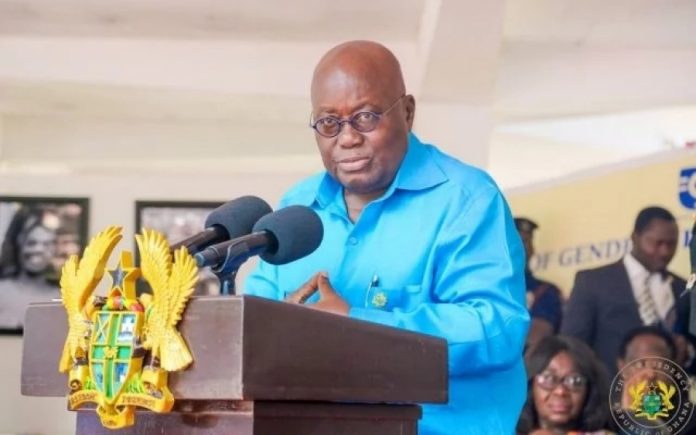 The ‘One-District-One-Factory’ programme is aimed at establishing, at least, one factory or enterprise in each of the 216 districts of Ghana as a means of creating economic growth poles that would accelerate the development of those areas and create jobs for the teeming youth.

The policy aims to transform the structure of the economy from one dependent on production and export of raw materials to a value-added industrialised economy, driven primarily by the private sector.

At the launch of the Policy at Ekumfi, witnessed by thousands on Friday, President Akufo-Addo said the initiative would propel the industrialisation agenda of his government at the district levels, as well as drive linkages to agriculture and other natural resources of the country.

He said there could be no future prosperity for the people in the short, medium or long term “if we continue to maintain economic structures that are dependent on the production and export of raw materials.”

The President said unless Ghana took to the path of industrialisation with the goal of adding significant value to its primary products like cocoa, gold and timber, “we cannot create the necessary numbers of high-paying jobs that will enhance the living standards of the mass of our people. Raw material producing economies do not create prosperity for the masses.”

“We must add value to these resources…and we must industrialise,” he added.

President Akufo-Addo had promised, before he won power in 2016, that he would champion the course to transform the economic structures and revitalise the drive to industrialisation through the establishment of a viable economic entity in every district.

And making good his pledge, the President cut the sod for the construction of the Ekumfi Fruits and Juices Company Limited, the first factory to be established under the One District, One Factory initiative.

The President said the project had been well-planned and well-thought through, with the raw materials needed for the successful implementation of the project already present, and an out-grower scheme also in place.

It is expected that by the end of the year, about 51 districts would rollout business enterprises under the One-District-One Factory initiative. These business concerns are also expected to generate about 80,000 jobs for youth.

President Akufo-Addo appealed for the unalloyed support of every Ghanaian, as well as the financial institutions, for the success of this project that would improve the living conditions of the people.

“We must banish the spectre of young and able bodied men and women who leave our rural areas for urban areas in search of non-existent jobs. Every district in our country abounds in raw materials, and it is the vision of government to create economic growth poles out of them.

“It is the only way we can deal effectively with the greatest threat to our future widespread unemployment amongst our youth. The time has come to bring prosperity to all Ghanaians,” the President said.