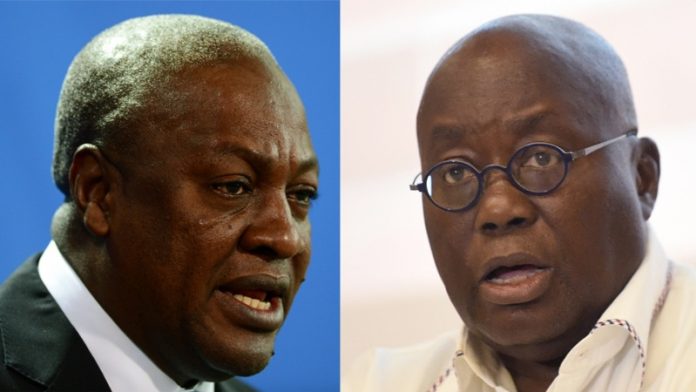 Professor at the University of Ghana, Ransford Gyampo, says if President Nana Addo Dankwa Akufo-Addo fails to listen to the calls to sack the Finance Minister Ken Ofori-Atta and still keeps him in office, he will be more dead goat than former President John Dramani Mahama,

Prof Gyampo said the call for the Finance Minister to leave office is a national call to which the President must listen.

“If he says that regardless of the national call, [he is] still going to keep him, then he will be more dead goat than John Mahama,” Prof Gyampo said on the Key Points on TV3 Saturday, November 12.

“It was Mahama who said he was a dead goat and he was criticised for it. This call to sack Ofori-Atta is quite national. Not listening to the call will make him more dead goat than John Mahama.”

Regarding the motion to remove the Finance Minister from office, the Speaker of Parliament Alban Bagbin has set a committee to investigate the allegations made against him by the Minority in Parliament for which they filed a motion to get him removed from office.

The 8-member committee, co-chaired by Dr Dominic Ayine and KT Hammond, lawmakers for Bolgatanga East and Adansi-Asokwa respectively, has within seven working days to complete its work and submit the report

The Speaker’s ruling came after the Deputy Majority Leader in Parliament Alexander Afenyo-Markin challenged the motion of the Minority on the basis that the Finance Minister will suffer injustice if the House goes ahead with the application.

Mr Afenyo-Markin indicated that the claims by the Minority were criminal in nature upon a proper scrutiny.

To that end, he called for a fair hearing for the Minister.

The Minority accused Mr Ofori-Atta of, among other things, personally benefitting from every loan that the government takes.

But the Effutu Member of Parliament said “these matters, upon proper scrutiny, are criminal in nature. The Minister should be given a fair hearing.”

“If we go ahead with the application we will be doing a lot of injustice to our colleague. If this application is allowed it will be injustice and unfairness, the Minister wouldn’t have been given adequate time to prepare for his defence,” he stressed.

Justifying the motion to get the Finance Minister removed, Minority Leader Haruna Iddrisu said President Akufo-Addo was not ready to sack the Minister.

Therefore, he appealed to the Majority Members of Parliament to support the move to get him removed.

In his ruling on this matter, Speaker Bagbin said after announcing the formation of the committee that “The evidence will be placed before the committee. The Minister will have the opportunity to defend himself.

“A report will be presented to the House, and we will debate that report.”