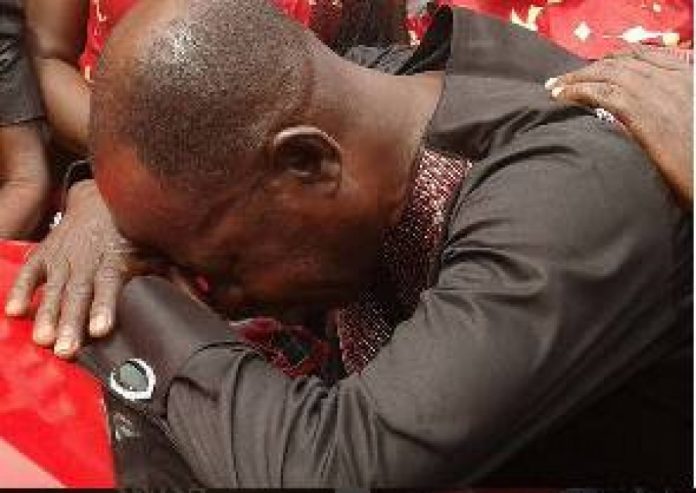 As part of activities to mark his passing, musician together with some family members of the departed former manager, laid wreaths to honour him.

The highlife legend, his former manager and his bodyguard, Prince Mensah, were involved in an accident at the Bunso Junction near Nsutam on the Accra-Kumasi highway, where they had gone to perform at the Paradise Rest Stop during the New Year in the late hours on Friday, January 1, 2016.

While Isaac Yeboah died on the spot, the bodyguard and Amakye Dede sustained injuries and were admitted at the 37 Military Hospital and the Korle-Bu Teaching Hospital respectively.