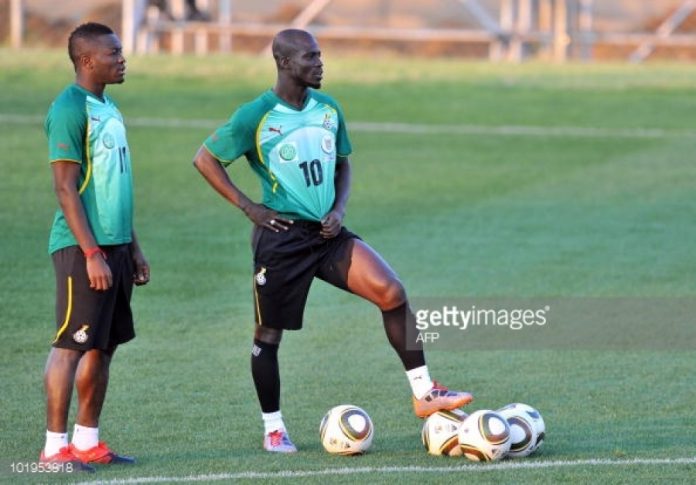 Appiah who is now the technical coordinator of the senior national team, captained the Black Stars to its first World Cup in Germany 2006 and also led the nation to South Africa in 2010.

Muntari who had always been a mainstay of the national team until recently credited Appiah for making the Black Stars attractive and competitive. In his opinion, Appiah’s experience made him a better leader of team compared to current captain Asamoah Gyan.

“Stephen by far…because Asamoah is just a young one, Stephen had been there for so long, he made the Black Stars, Black Stars,” the former Inter and AC Milan midfielder told Bola Ray on Starr Chat Wednesday.

The Pescara player added “he (Appiah) was amazing on the pitch and off the pitch, he made sure that we were comfortable around him, he was an amazing leader. Asamoah is doing his best…but Appiah is way ahead.”