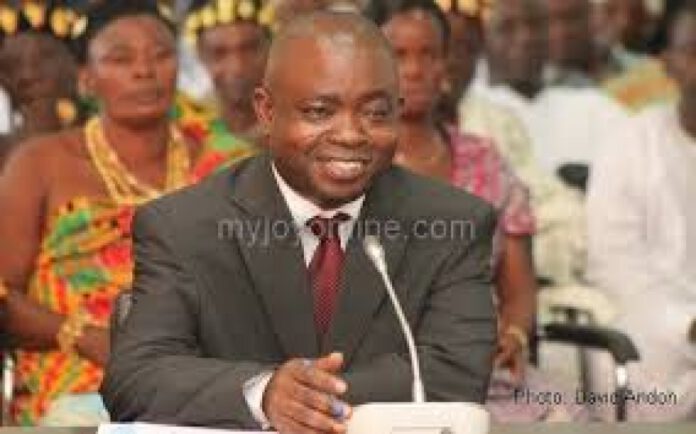 “The constitution has stipulated that you should be a Ghanaian before you can become a Member of Parliament and for that matter a Minister of State. Similarly, you are a citizen of Ghana but have defaulted in paying tax or you have failed to honour your tax obligation to the state, if you are found, we will not approve your nomination” he told B&FT in an interview at Parliament house.

It is the responsibility of every citizen and tax payer to file his or her income tax returns every year, the MP for Bodi in the Western Region said, adding that people in leadership positions must be a good example.

Article 286 of the 1992 Constitution, under declaration of Assets and Liabilities, states that: “A person who holds a public office mentioned in clause (5) of this article shall submit to the Auditor-General a written declaration of all property or assets owned by, or liabilities owed by him, whether directly or indirectly.

Under the newly passed Revenue Administration Bill,2016, there is a penalty for failing to file tax return; section 73(1) stipulates that: “A person who fails to file a tax return as required by a tax law is liable to pay a penalty of five hundred currency points and a further penalty of ten currency points for each day that the failure continues.”

In fact, nominees are asked detailed questions about any current or recent audits. Regardless of whether a nominee is under audit, committees that require submission of tax returns will not act on a nomination until those returns have been provided and reviewed.

The Committee requires nominees to submit tax returns for the most recent years, and if any concerns are identified in those returns, the committee may require the nominee to provide returns covering the later years.

Osafo Maafo, Senior Minister nominee, will be the first to appear before the committee, which is also popularly referred to as the Vetting Committee, followed by Kan Dapaah, who is expected to head the Security Ministry.

Other nominees, out of the 36 announced by President Akufo-Addo, will be vetted on later dates.