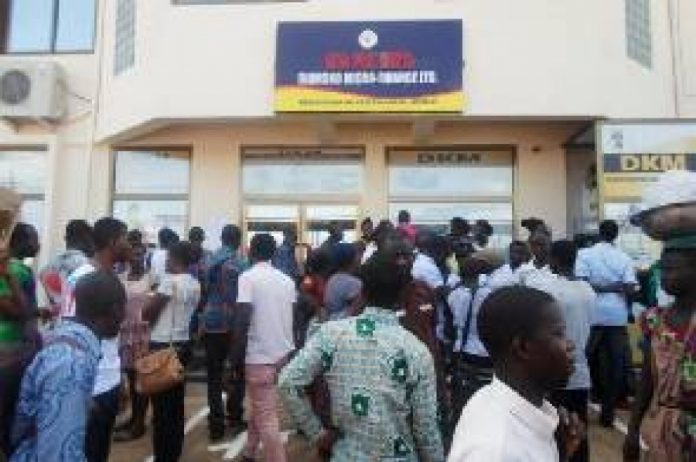 It follows several failed attempts to get their locked up investments from the firm. Mr Delle is reported to be at large after the DKM saga in the Brong Ahafo region.

“He operated a company here by name Care for Humanity Fun Club International. He was able to mobilise a total of Ghc52, 610,329 this is the amount Martin took and signed documents with his wife and took away these monies,” he said.

“And when you ask him for the money he tells us the liquidator will pay, this is what they have been deceiving us with all the time and when we contacted the liquidator they told us that they were liquidating DKM as a micro-finance and not as care for humanity fun club and we were not part of it.”

Anieba added: “We think it is high time government intervened, the president gave us a promise that when he is given the nod as president he will try to investigate the matter and find out where the monies went to. So before government comes in we also conducted our investigations and we have been able to arrest the Manager, we arrested Botwe and now it’s left with Martin.

“This man is in Ghana and hiding, we have used all Police intervention and it’s not working and we think government must step in to arrest this particular individual who has cost a mess in Brong Ahafo region.”