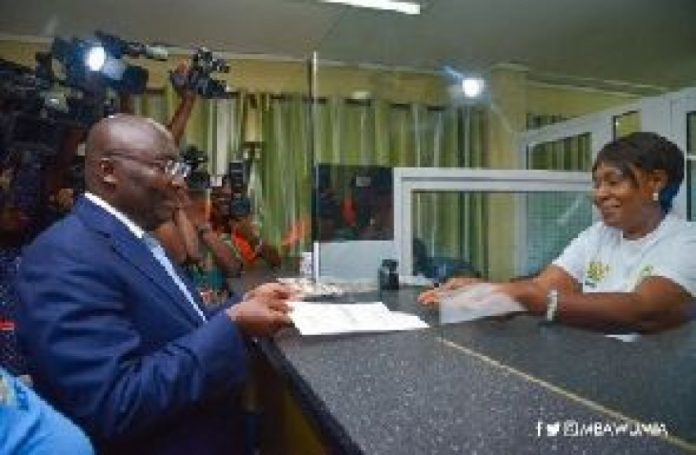 The second gentleman of the land was at the Ghana Revenue Authority (GRA) head office in Accra for the launch of the ‘Good Governance Week’.
He used the occasion to urged citizens to follow their example so government will be able to generate more revenue towards national development.
He said there was the need for citizens to honour their tax obligation. The Vice President also indicated that the tax amnesty policy by this administration was aimed at increasing tax mobilization in the country.
He said whatever the advance countries send to us as aid is the result of their own ability to mobilize domestic resources. ‘’What we take for granted as aid resources is the result of their capacity to raise taxes especially income tax.
As w embark on this journey of Ghana beyond aid, it is imperative for us to take rigorous and decisive steps to raise enough income tax,’’ he suggested.
In a related development, the Ashanti regional branch of GRA has said officials will also use the week to sensitize the public and take them through processes to acquire a Tax Identification Number (TIN).

The GRA has announced that individuals without a Tax Identification Number (TIN), will from henceforth not be allowed to acquire a Driver’s license, open a bank account, get a passport, transact business with the government, or register a company.

The TIN, according to the GRA, is aimed at uniquely identifying potential taxpayers to broaden the tax base.