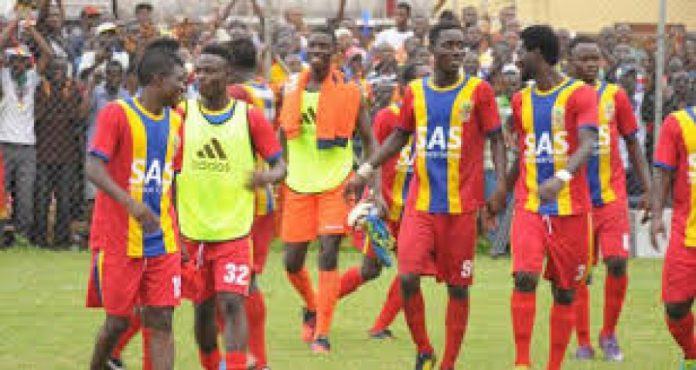 This comes after the indefinite suspension of Hearts of Oak head coach Frank Elliot Nuttall .

The Phobian boss has been sidelined by the club’s top hierarchy until further notice after being accused of ‘unsporting and unethical behavior’.

“We have not been able to brand the club well for sponsorship because there are vampires sucking blood,” he said on Asempa Sports.

After the club released a statement which stated that the Scott was suspended on the basis of unprofessional and unethical behavior, there have been several reports also alleging that the tactician was behind the illegal exit of some players from the club.

A three member investigative team has been set up to investigate the issue and the report is expected to be presented by Friday.

In the meantime, Assistant Coach Henry Lamptey Wellington, has been asked to take charge of the team’s training sessions until further notice.