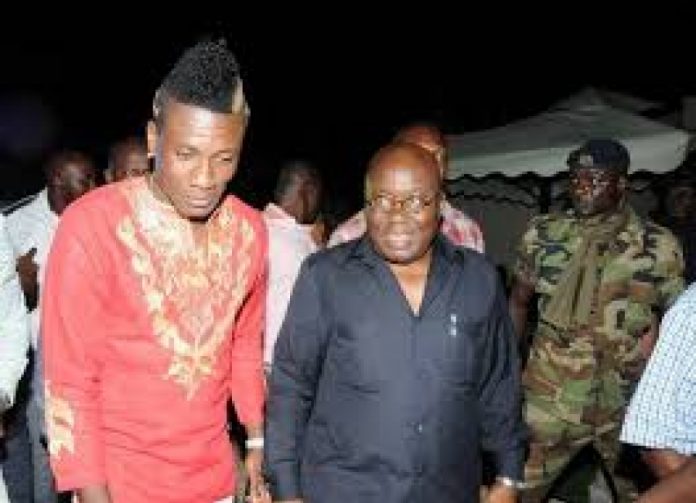 The Black Stars have been unable to add to their four AFCON triumphs since they last won it in 1982 in Libya.

However, the President-elect’s spokesperson Mustapha Hamid says Nana Addo is expecting the current crop of players to bring him the AFCON 2017 trophy.

“The President-elect wants me to tell you the players that his first opportunity to meet with you when you return will be that he wants you to be bringing him the cup, that is what he wants,” Mr Hamid said to rapturous applause when he led a delegation that met the Black Stars team on Sunday at the Alisa Hotel.

He continued: “I am sure whiles you are in the tournament as he said, the Honourable Isaac Asiamah, Insha Allah we are hoping that Insha Allah by that time he will be confirmed as the Sports Minister and then as the President’s spokesperson, he will pull me and we will come and see you in Gabon.”

“I pray that by the time we come to Gabon, you should be in the semis and heading for the cup. The last time we were runners-up right? so from runners-up we should do logic, from runners-up to winner straight away. We shouldn’t expect anything less than being the winners this year”.

He also assured the players that from January 7, they will have a President who understands their needs because Nana Addo is a former footballer.

A member of the team, Emmanuel Agyemang Badu congratulated Nana Addo on his election as president, assuring him that the trophy will be delivered in February.

The Udinese midfielder said, “We were eager to meet the President-elect today but all the same apology accepted in good faith. On behalf of the team, our captain and the deputy are not here – Andre Ayew and Asamoah Gyan. We want to congratulate the President-elect for the wonderful job he has done throughout the year and being elected as the next President of the Republic of Ghana.

“Second, the team is poised for action on the 14th when the tournament starts. With the quality cohesion and spirit we have in camp, Nana will get the cup in February although its not easy like coach said”.

The Black Stars are expected to jet-off to the United Arab Emirates tonight for a pre-AFCON camp in Al Ain ahead of the start of the competition.