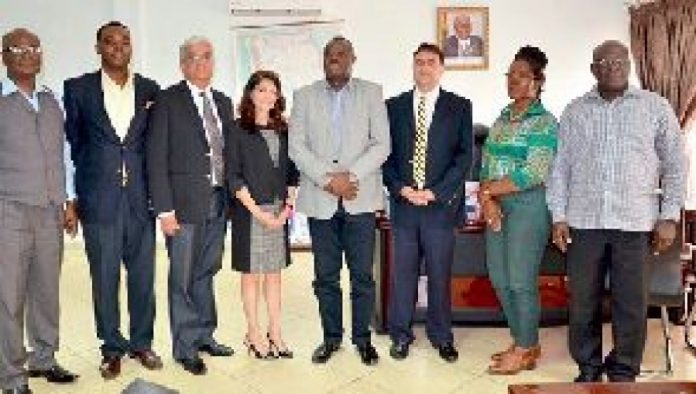 He mentioned some of the initiatives as the removal of a number of taxes, such as those on the importation of medicines that were not manufactured in Ghana and the financial services tax.

Mr Awal, who was interacting wih officials of the Melcom Group of Companies in his office, reiterated the government’s resolve to give the needed support to businesses to grow.

The Melcom officials had called on Mr Awal to congratulate him on his assumption of office as the sector minister.

“This government is so much interested in the private sector economy and what we want to do as a government is to continuously improve the business climate so that the business sector will take advantage of the climate to expand,” Mr Awal said.

That, he said, would also help in reducing the high level of unemployment in the country.

Mr Awal said the key strategy of the government was to move from the emphasis on taxation to production, which was the rationale for the establishment of the Business Development Ministry.

He hinted that the ministry was about to initiate a project to identify talents and mentor 50 young entrepreneurs every year.

The joint managing directors of Melcom Group of Companies, Mr Ramesh Sadhwani and Mr Malesh Melwani, said accessing building permits and land acquisition were some of the challenges confronting Melcom.

Mr Sadhwani said there were inconsistencies in the processes for land acquisition in the country.

As part of efforts to help improve the SMEs in Ghana, Mr Sadhwani said Melcom initiated the made-in-Ghana programme, where certified locally manufactured goods were showcased.