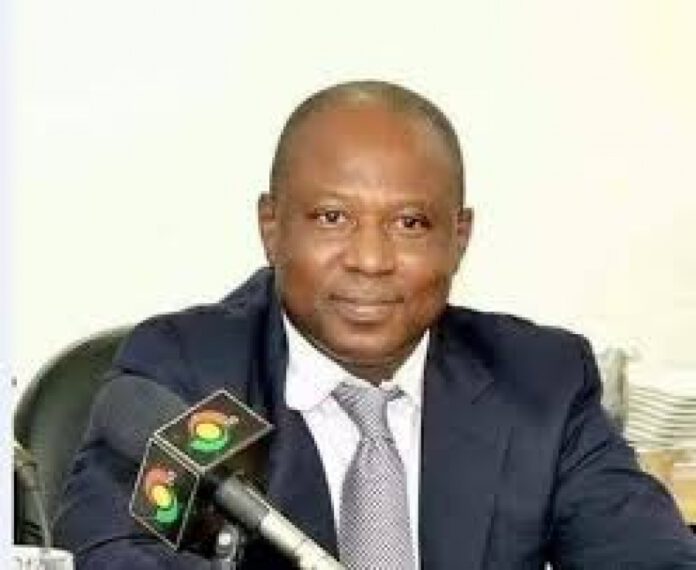 The BoG blamed the fiscal slippage on shortfalls in revenue, in spite of a broadly satisfactory nature of public expenditure.

Judging from that, the Governor of the BoG, Dr Abdul Nashiru Issahaku, hinted in Accra yesterday that the fiscal outturn for 2016 presented challenges to the inflation outlook.

At a press conference by the Monetary Policy Committee (MPC) of the BoG, Dr Issahaku said the bank had also decided to maintain its benchmark rate, the policy rate, at 25.5 per cent to help keep inflation steady and spur growth in the economy.

This means that lending rates, which influence the cost of credit to businesses and individuals, will remain virtually unchanged for the next three months.

The decision to keep the rate at 25.5 per cent was arrived at after the MPC concluded its first review meeting of happenings in the economy over the past quarter and made projections into the next three months.

In spite of the positive expectations observed on the three categories of inflation – headline inflation, core inflation and inflation – Dr Issahaku said the MPC, which he chairs, realised that recent volatilities in the foreign exchange market could help push the cost of prices up.

“The situation could be heightened by the pass-through effects of persistent increases in food inflation and the fiscal outturn.

“There is, therefore, the need to return to the path of fiscal consolidation to complement the tight monetary policy stance,” he said, explaining that such a decision was needed to help deliver on the government’s and the BoG’s medium-term inflation target.

After ending 2015 at 19.2 per cent, annual inflation moderated in the larger part of 2016 before ending December last year at 15.4 per cent.

The decline in inflation in December 2016 was the third consecutive decline in the year after it resumed a downward trend at 17.1 per cent.

Thanks to the development, the governor said, inflation expectations by consumers and the financial sector also eased.

He explained that the developments in headline inflation during the year were broadly in line with the bank’s 2016 forecast.

Those notwithstanding, Dr Issahaku said, the committee’s underlying assumptions in the forecasting framework were revised to reflect the recent upward adjustments in ex-pump prices, exchange rate depreciation and a higher-than-budgeted fiscal deficit outturn for 2016.

“Consequently, the baseline forecast horizon for the medium-term inflation target has shifted into 2018,” he said, but added that the bank’s inflation outlook could improve “if the fiscal consolidation process is restored, alongside monetary policy tightness and exchange rate stability”.

Touching on growth prospects, the governor said economic activity remained modest throughout the 2016, reflecting the policy tightness, oil and gas production challenges at the Jubilee Field and lingering consequences of the power supply constraints.

That, he said, reflected the decline in the industrial consumption of electricity, cement sales, tourist arrivals and domestic value added tax (VAT) collection.

He, however, added that the latest consumer sentiments survey conducted after the December 2016 polls reflected optimism about economic prospects.

“In addition, the expected increase in oil production from the Tweneboa-Enyenra-Ntomme (TEN) field and the coming on stream of the Sankofa-Gye Nyame oil fields are expected to boost growth in 2017,” Dr Issahaku said.