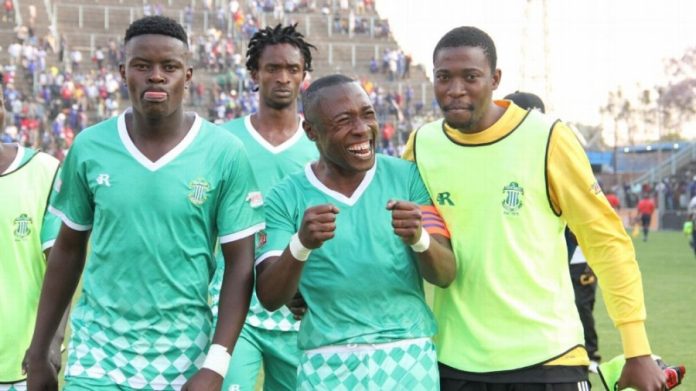 In-form CAPS forward Dominic Chungwa beat Dynamos goalkeeper Tonderai Mateyaunga to a long ball before slamming into an empty net midway through the second half to end Dynamos’ seven-match unbeaten run. The victory saw the champions climb three places up into seventh with 35 points from 23 matches.

Dynamos fans had trooped to Rufaro Stadium in droves in anticipation of a victory that would lift their team to the top of the table for the first time this season, but it is CAPS who looked the more offensive side in the opening stages. Winger Phineas Bamusi was a constant menace on the right as he continued to find space to float some dangerous balls into the Dynamos box.

Midfielder Mathew Muchenje came closest to breaking the deadlock when his ferocious rising effort from outside the box was tipped over acrobatically by Dynamos goalkeeper Tonderai Mateyaunga on the half-hour mark.

Dynamos had their moments too, with Tawanda Macheka’s effort being cleared off the line, but they sorely missed the physical presence and goal threat of Cameroonian hitman Christian Ntouba, suspended for the match after last week’s red card for head-butting Highlanders defender Peter Muduhwa.

Ntouba has scored 11 goals to go with his six assists this term, and he was the chief architect of Dynamos’ 2-0 win over CAPS in the reverse fixture played a fortnight ago after netting both goals.

It did not help Dynamos’ cause that midfielder Denver Mukamba, with six goals and seven assists to his name, has lost form and had to be relegated to the bench for the rescheduled derby.