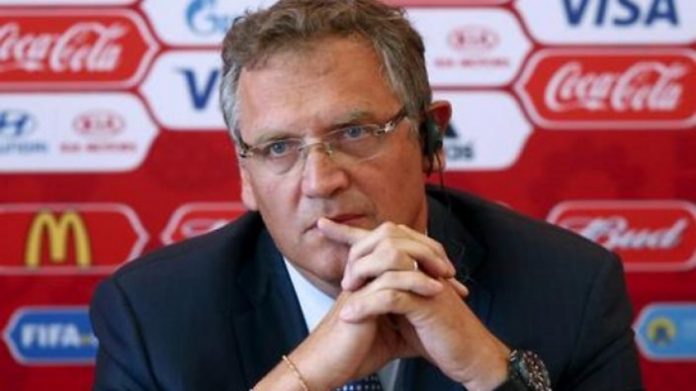 Valcke used private jets for himself and his family and exploited his position as FIFA scribe to help his son to win a job.
He was also implicated in the resale of match tickets for the 2014 World Cup, was fighting a 10-year FIFA ban. CAS found against him in a ruling issued on Monday night.
Between January 2011 and September 2013, private jet flights by FIFA executives cost $11.7 million (9.9 million euros), with Valcke largely responsible, according to the CAS statement on the decision. In 2013, the FIFA director of finance sent Valcke an email asking him to find “more cost efficient alternatives wherever possible”.
During his time as general secretary, Valcke “took four trips which were inconsistent with FIFA’s travel policies and regulations…on which he was accompanied by family members at the expense of FIFA,” said the ruling. These were to Delhi and the Taj Mahal and from London to Manchester in 2012, to Doha in 2013 and to St. Petersburg in July 2015.
On the trip to India he was accompanied by his wife and one son. On the flight to St Petersburg, for the World Cup preliminary draw, he was accompanied by his wife, his daughter, a nanny and his two sons, one of whom had been flown in from Sao Paulo, Brazil to Zurich in business class at FIFA’s expense. CAS said the private jet cost “$71 699 which was never deducted from Mr. Valcke’s salary”.
In May 2015, just before Sepp Blatter was re-elected as FIFA president, 14 delegates were arrested in Zurich.
The ruling stated that “according to the Appellant’s testimony at CAS he was only following Mr. Blatter’s directions to not travel on commercial flights to avoid arrest, which in itself is manifestly not a valid reason for a law-abiding individual.”
The court also found that Valcke had been guilty of a conflict of interest, which he failed to disclose, in helping his son Sebastien secure a job with virtual reality company EON, which was about to sign a contract for the 2014 World Cup.
The court also found that Valcke, a former journalist, had destroyed evidence despite being warned not to by Fifa’s legal advisors, deleting at least “1 034 files or folders…between 24 September and 11 October 2015 (the day before handing over his work laptop to FIFA.)”
The court also found that Valcke profited from allocating extra 2014 World Cup tickets to middle men and then profiting from their black-market sale.
Valcke, along with Nasser Al-Khelaifi, president of Paris Saint-Germain and chairman and CEO of beIN Media, is also the subject of criminal proceedings by the Swiss courts for “private corruption” in connection with World Cup media rights.
Valcke, who is 57, is now based in the Barcelona region where he has set up a company called OMV Frontline which specialises in organising and managing sporting, artistic and fashion events.
—