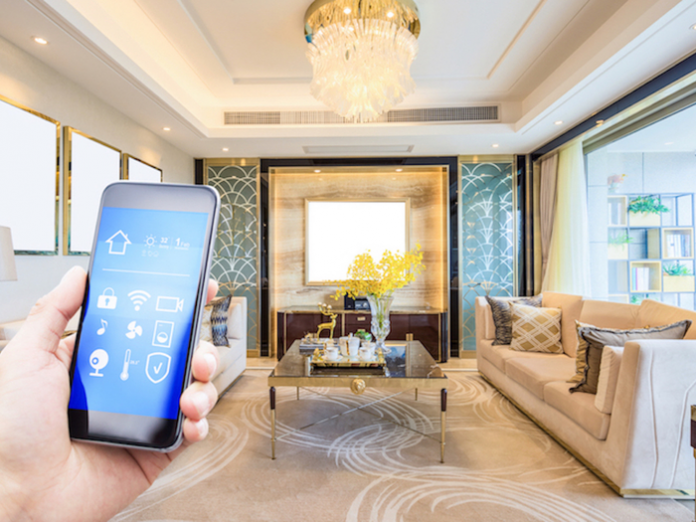 Modern smart home tech means everyone can get on the home automation bandwagon, but for a glimpse of the future – or perhaps just inspiration for your own smart home – take a look at these high-tech modern mansions.

No, this isn’t a small town in rural America; it’s Bill Gates’ house. When he’s not enraging anti-vaxxers and conspiracy theorists, the retired Microsoft magnate holes up at a Washington mansion that ‘comes complete with an external, estate-wide server system.’ This is required due to the sheer ‘abundance of gadgets’ in the Gates abode.

This means Gates and his guests can use their phones to choose their preferences for temperature and lighting in different parts of the mansion. Presumably if guests choose different temperatures and lighting ambiences to Bill, he is able to override their choices. After all, nobody wants to be at the mercy of a house guest who likes all the rooms to be at 30ºC, and lit with lurid, green light.

Thanks to floor sensors and a wealth of TV screens and loudspeakers, you can also start watching a TV show or listening to a playlist in one room, move to another area of the house, and have the show or song ‘follow you’  – even to the pool!

As you’d imagine, security is also next level. Those floor sensors also enable the security system to know who is in the house based on weight. Any intruder could immediately be located and tracked, in the rather unlikely event they were able to gain entry in the first place. At this point, Bill may very well be able to release a pack of robot dogs with laser guns for heads in order to accost the interlopers, but we don’t know this for sure.

Speaking of robots, Facebook CEO Mark Zuckerberg also has a high-tech pad. His San Francisco smart home tech is all bespoke and NOT available to you the public. Famously, Zuck, who was recently to be seen waving an American flag while crossing a lake on a robot surfboard has a personal AI butler called Jarvis. He is named, of course, after Jarvis Cocker, the lead singer of Pulp. Or possibly the home AI from the Iron Man films.

Jarvis acts like a less irritating Alexa, adjusting lighting and heating. It can ‘even get breakfast ready if linked to a smart toaster,’ according to Somfy. Jarvis also gives voice reminders of calendar meetings, and notifies the Facebook CEO if guests arrive, or if ‘there’s an intruder in the house.’ So that’s nice.

Mark’s closest friends don’t even need to wait for him to come and open the door –smart cameras with facial recognition mean they can pop in any time they like. Really? Okay. Not sure we’d want that at our house, but thanks.

Somfy also adds that Zuckerberg can ‘text any command to the AI, which is particularly convenient when he’s already on his phone or he doesn’t want to disturb others around him.’ What a thoughtful chap he is. While Jarvis will remain Mark’s own personal home automation system for now, he doesn’t exclude the possibility of creating a version for you, the general public, in the future.

All the above rather pales in comparison to what the Queen of the Kardashians has in her home, however: a sink that doesn’t splash, even if you run the tap really strongly. At last, an end to wetting your pants while trying to clean your hands!

As ever, there are also electric curtains, automatic light dimmers and a bedroom TV that’s hidden in the floor. At the touch of a button, it rises silently up.

Even better, Billionaire Kim’s $60 million Calabasas mansion was built in a ‘futuristic Belgian monastery’ style, and the floor is so posh that if it gets scratched, she has to fly in a load of European experts to mend it!

Kevin Van Der Steen, Product Manager at Somfy barks: “The celebrities’ smart homes research offered us some great inspiration on how we can take home automation a step further. Whilst most of us won’t be adopting underwater speakers, AI butlers or tankless toilets anytime soon, there are certainly many affordable automation options on the market that can still make our homes smarter. Whether that’s purchasing a smart speaker, investing in electric blinds or adding an extra layer of security with one of our

Thanks to Somfy for these insights into the homes, lifestyles and toilets of the rich and famous