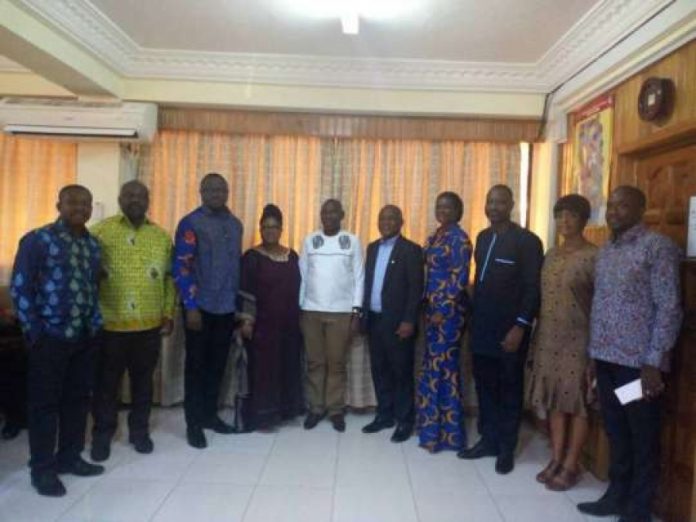 ‘’What is happening to our youth now is that everyone wants to have a certificate, certificates don’t grant you jobs, it gives you opportunities, however, with a skill ones chances is higher’’, he stated .

He said the AGI wants to collaborate with government in every possible way to ensure that unemployment is addressed.

Dr Adu-Gyamfi said this, when a team of National Executives of AGI paid a courtesy call on the Eastern Regional Minister in koforidua.

The courtesy call formed part of the Association’s annual National Council Retreat and orientation in Koforidua.

He said 600,000 children pass through Basic Education almost every year, however, only 300,000 get admissions to the Senior High Schools, out of which only 90,000 are admitted into the universities.

He called for the establishment of training centers across the country where, skills and development training could be given to the youth, and that, the AGI intends championing that training.

This he believes, will absorb the number that could not progress to the universities, so that they will be empowered through simple skills training to enable them to create jobs as well as enhance entrepreneurship.

He appealed to the Minister to help the AGI to have an office in the region to facilitate its activities in the region.

The Eastern Regional Minister, Mr Eric Kwakye Darfour on his part said his outfit was prepared to partner with the AGI in whatever way possible to provide avenues for jobs creation since unemployment leads to petty crimes in society.

He said there was the need to curb the importation of almost everything that we use, as a country, to help stabilize the use of foreign currency.

He urged the AGI to take advantage of the 1District 1Factory initiative and add value to agricultural products for export.