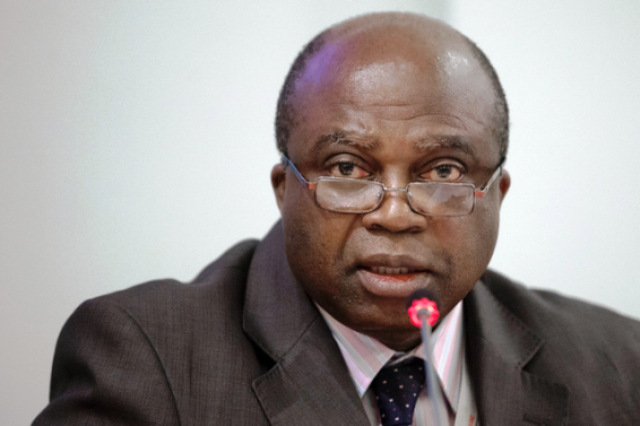 The prolonged closure of land borders which is affecting the free movement of persons and goods across land borders in the 15 member countries of ECOWAS during the Covid – 19 pandemic has recently assumed topical interest to communities and people living in border areas of Ghana especially along the Aflao – Kojoviakope  Ghana – Togo border. ECOWAS governments have struggled since the start of the outbreak of the Covid -19 pandemic to strike a balance between containing the virus and maintaining the day-to-day economic activities that millions of their citizens depend on to survive.

However, it is important that a quick review is made of the position of ECOWAS Heads of States and Council of Ministers on this matter and to examine where we are currently so as to effectively position the call of affected communities for the opening of the land borders to enable free movement of persons and goods across our land borders especially the Ghana – Togo border.

It is noted that on the 17th June 2020, the ECOWAS Ministerial Coordination Committee on Transport, Logistics and Trade met and made recommendations on the harmonized and gradual re-opening of land, air and sea borders for restoring cross border economic activities, especially for movement of humanitarian personnel, medical supplies and equipment as well as essential goods relevant for the fight against the COVID-19 pandemic. The recommendations were adopted for submission to the Co-Chairpersons of the ad-hoc Ministerial Committee, for onward submission to the President of the Federal Republic of Nigeria and champion of the regional COVID-19 response, H E Muhamadu Buhari, for subsequent presentation to the Summit of the ECOWAS Authority of Heads of States and Governments.

Furthermore, on the 23rd January 2021, the Fifty-eighth Ordinary Session of the Authority of Heads of State and Governments of the Economic Community of West African States (ECOWAS) was held via video conference, under the chairmanship of H. E. Nana Addo Dankwa Akufo-Addo, President of the Republic of Ghana, and Chair of the Authority. At this virtual meeting, the Authority of Heads of States endorsed the main recommendations in the earlier reports of the Council of Ministers presented through the Covid-19 Champion HE Buhari and the ECOWAS Commission. The main recommendations of the Council of Ministers were accepted, endorsed and are summarised as follows:

That member States adopt a gradual and coordinated opening of land borders and airports based on health data on the evolution of the pandemic and called for the appropriate fiscal measures by governments to support the effective implementation of the guidelines. According to the meeting’s report, the opening of the borders is to be hinged on the proposed Guidelines for the mitigation of health risks and the harmonization and facilitation of cross-border trade and transport in the ECOWAS region in the context of the fight against the COVID-19 pandemic, which will amount to a coordinated and progressive opening of air, land and maritime borders. They also held that the reopening had become imperative in view of the need to revive the economies of ECOWAS member countries.

That a three-phased approach to the opening of land and air borders was to be adopted beginning with a first phase of opening local internal domestic air and land transport within ECOWAS Member States at the beginning of July 2021. This was to be followed by a second phase which would involve the opening of land and air borders between ECOWAS Member States by 15th July 2021, to allow the free movement of goods and persons on the basis of strict application of the proposed guidelines for the harmonization and facilitation of cross-border trade and transport in the ECOWAS region.

The third phase would start by 31st July 2021, after a review of the evolution of the COVID-19 pandemic in respective Member States. This would involve the opening of air and land borders to countries outside ECOWAS with low and controlled levels (according to WHO classifications) of COVID-19 contamination rates.

The Authority of Heads of States further endorsed the call for accurate information sharing on opening-up measures among Member States in the spirit of solidarity, collective self-reliance and inter-State co-operation through bilateral and multilateral consultations.

They also called for the need to ensure speedy and safer clearance of transit goods at the borders and to minimize physical contact in customs and immigration cross-border trade transactions through the rapid deployment of the new ECOWAS Interconnected Goods and Transit Management System popularly termed SIGMAT. They also urged the provision of such information to private sector actors namely Shipping lines, Airlines, cross-border transporters and traders, media and civil society while ensuring strong collaboration at borders among control agencies for the establishment of arrangements to control travellers regarding the COVID-19.

Owing to the need to ensure an effective coordination mechanism to follow-up implementation of the guidelines at both national and regional levels, it is important to use existing state or regional structures and committees responsible for ensuring the proper application of the protocols on free movement on Community corridors and borders of national and regional trade, among others.

Opening of land borders to free movement of persons and goods based on an assessment of the prevalence of covid 19 in member adjoining states. This is to be done through a collaborative assessment by respective joint national health, foreign affairs and transport committees of adjoining neighbouring states.

Assessment of the economic impact of the Covid 19 on the economy, livelihoods and standard of living of communities along the borders.

SENEGAL: Land borders opened for free movement of persons and goods with Mali, the Gambia and Guinea Bissau

The GAMBIA: Land borders opened for free movement of persons and goods to Guinea Conakry and Senegal

NIGERIA: Land borders opened for free movement of persons and goods with Niger and Benin. Land borders are now open at check points of Seme/ Krake, Illela, Maigatari, and Mfun.

TOGO: Land borders opened for free movement of persons and goods with Burkina Faso and Benin

GHANA: Land Borders are only opened for goods but not for free movement of persons with la Cote d’Ivoire, Togo and Burkina Faso.

In terms of economic impact, there is overwhelming evidence and calls by communities living in border areas to draw the attention of government to their declining living conditions and impoverishment as a result of the prolonged border closure.  Government must heed the call by affected communities for land borders to be opened to enable free movement of persons as well as goods to make it possible for border communities to have cross border trade for economic living and sustenance.

On the issue of prevalence of Covid 19, the recent information from the Ministry of Health Volta Region on the increasing incidence of the Covid 19 Delta variant in the region cannot be blamed on cross border infections from across the border with the Republic of Togo because the border is already closed to free movement of persons.

It would seem that the increasing incidence in the Volta Region is rather due to the greater interaction of its citizens with main cities in Ghana such as Tema, Accra, Koforidua, Kumasi etc for trade because of the border closure with Togo. So far there is no evidence of cross border infections.

Furthermore, Ghana needs to provide evidence of the collaborative assessment between Ghana and Togo that supports the continuous and prolonged closure of the land borders to the free movement of its citizens across borders. The argument for increased incidence of Delta Variant corona in the Volta Region cannot be used to justify the continued closure of the Ghana Togo border.

Presently it is easier for a Ghanaian living in the USA or in Europe to visit Ghana than a Ghanaian living in Togo or Benin who is just a few kilometres across the border. This does not promote social justice. Ghana government should work with its counterparts in the Republic of Togo to open the second major Joint Border Point at Dzodze – Akanu which has been lying idle since its commissioning three years ago.

This JBP was established by ECOWAS and is the approved Checkpoint for the ECOWAS International Highway between Togo and Ghana and it has more facilities than the checkpoint at Aflao. Its opening will create more space and facilities than the Aflao Border check Point and will increase space for social distancing and processing of persons and goods across borders.

It is logical to also assume that the closure of the borders to free movement of persons would also reduce government revenue collectable from the Ghana Immigration Services. On the other hand, it has created the opportunity for illegal crossing by desperate small scale traders who pay various bribes to government officials to enable them cross.

From the analysis above, Government cannot continue to be oblivious to its obligations relating to the decision of the Authority of Heads of States of ECOWAS on this matter. The Abidjan – Lagos corridor is a vital economic lifeline for the entire population of ECOWAS. The current economic hardships in the country, especially among ordinary citizens is attributable somewhat to difficulties of sourcing goods and services by Ghanaian traders from neighbouring countries in the sub region.

The official land border entry points should be opened without delay. There should be a measured balance between public health and human security. Volta Region should therefore make a case for the reopening of its borders with the Republic of Togo since the people have been subjected to great impoverishment under the prolonged and unjustified closure of the border. Other countries have opened their borders with their neighboring countries so why is Ghana an exception?