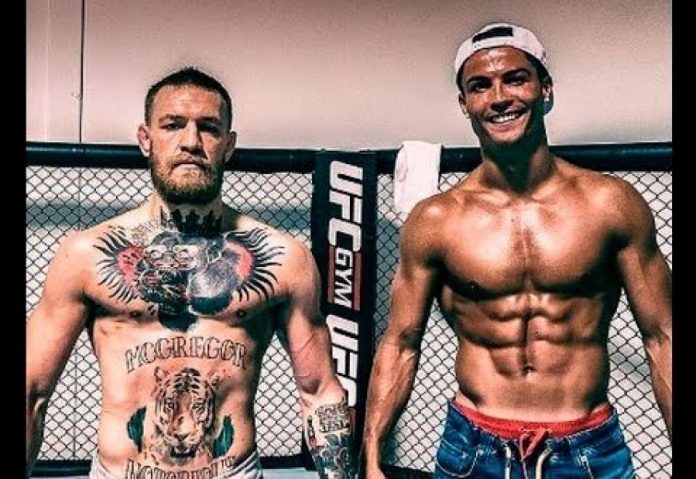 The Dubliner’s inexorable rise reached stratospheric heights in the cross-over clash which is expected to earn him in the region of £77m — and that’s before endorsement deals are considered.

Ronaldo topped the list this year with earnings of £71m and has been eclipsed in 10 rounds of boxing, in which Mayweather forced a stoppage in Las Vegas.

The ‘Notorious’ is renowned for his predictions and remarkably foresaw overtaking the Real Madrid star when the two athletes met last year.

Ronaldo visited the UFC lightweight champion in training and the Irishman quipped: ‘You were number one on the Forbes list, I was like number 35 or something. I’ll get up. Maybe next year I’ll get you.’ Ronaldo replied: ‘I don’t think so.’

McGregor will still not be on top of the athlete rankings, with Mayweather’s purse superseding his earnings. Some reports claim that ‘Money’ is in line for £233m from the lucrative Las Vegas clash.

But both men can expect to overtake some huge names in the world of sport such as LeBron James, Roger Federer and Lewis Hamilton.