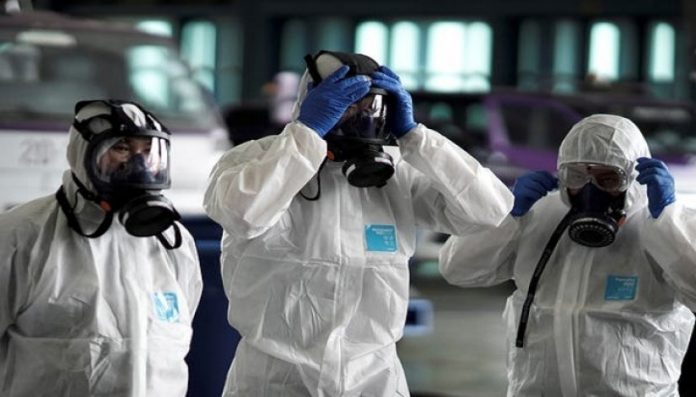 The Minority in Parliament is accusing the government of playing hide and seek with frontline workers after failing to pay the COVID-19 special allowance promised them.

The special allowance of 50% of the basic salary promised by the government was approved by Parliament and was expected to be paid to frontline workers starting March 2020.

The Minister of Finance on 8th April 2020 submitted to Parliament a request on the Coronavirus Alleviation Programme (CAP) under which he obtained tax waivers for frontline health workers for a number of months.

GH¢237.6 million was approved as tax waivers on the salaries of health workers while GH¢51.6 million was also approved by the House for the payment of the 50% allowance.

However, as of July, the allowance has reportedly not been paid causing some consternation among the frontline health workers some of who have since contracted or lost their lives to the coronavirus disease.

Member of Parliament for Ho Central and a member of the Finance Committee, Benjamin Komla Kpodo, who on Wednesday asked an urgent question on the matter, expressed dissatisfaction at the development.

A Deputy Minister of Finance, Charles Adu Boahene, who responded to the urgent question, told the House the Ministry is yet to identify the frontline health workers.

According to him, GH¢80 million has been set aside for the payment of the package but indicated data is now being compiled to determine which health workers are designated frontline and thereby eligible to enjoy the facility.

Later in an interview, Mr. Kpodo stated that the Finance Minister assured the House the March payment would be added to April and yet as at July nothing has been disbursed.

The government, he said, has been tossing the health workers, demanding and requesting for data piecemeal, which incidentally should already be with the controller and accountant general.

According to him, at a point, the government even demanded these health workers to personally calculate the 50% and submit the amount to the Finance Ministry.

“They have been going up and down with these requests between the Health Ministry and the Ministry of Finance.”

“It is clear they don’t want to pay the monies to the frontline health workers,” he stated.

President Nana Akufo-Addo in his 13th address to the nation on the coronavirus disease announced the extension of the tax waivers and 50% allowance to the health workers, which he had proclaimed in his 5th national address in April.

However, the frontline doctors and nurses have not yet received anything of the allowance and the waivers since they were first announced.

Hon. Benjamin Kpodo lamented the hard times that have been befallen some of the health workers who have been infected in the line of duty and have to undergo quarantine and make expenses for treatment.

He said, “These frontline health workers have taken the risk on our behalf but what was promised them by way motivation is not being given out.”

“The money is already available, which is a result of the capping of the Ghana Stabilization Fund. So what is preventing them from paying the money to the health workers,” he quizzed?