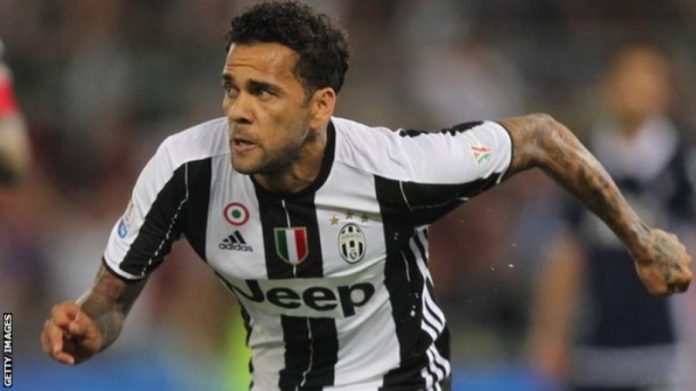 “Today our professional relationship ends and I will carry with me all of those who with love and a true heart make Juve a great club,” he wrote.

City have been linked with a move for Alves with Juve saying they would release him from his contract.

Alves added: “I would like to thank all the Juventus fans for the year I’ve had, to my team-mates who welcomed me like the professionals they are, for a club that wins and reaches finals.”

His final game for Juventus was the 4-1 Champions League final defeat by Real Madrid in Cardiff. Alves made 33 appearances as the club sealed the domestic double for the third successive year.