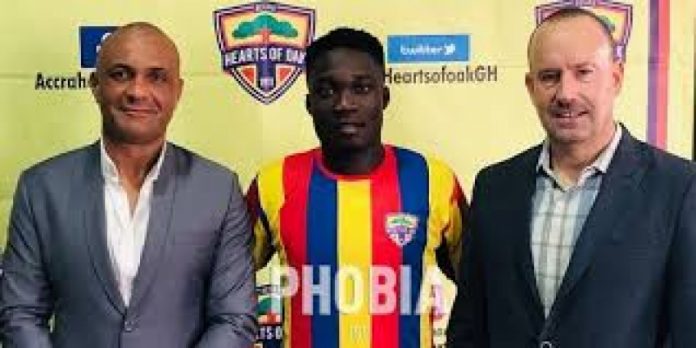 Director of Communications for the Nzema side Eric Alagidede has revealed that, the player in question has no fault rather the club [Hearts of oak] that signed the player illegally, without proper checks on Dominic Eshun.

“Dominic Eshun has done nothing wrong but we believe there was an external force that pushed him to do what he did”.

However, Hearts of Oak if fail to meet the directives of Karela United FC will face legal action.”The player is a young boy and we don’t want to harm his future but we’ll take legal action against the conduct of Accra Hearts of Oak”.