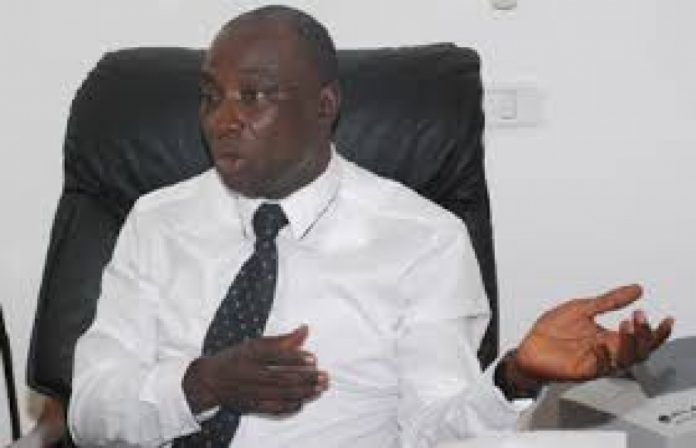 Dr. Kwabena Donkor who appeared to have been angered by the raid told Joy News’ Parliamentary correspondent Elton John Brobbey all compromises made in that two hour meeting in the house of KT Hammond is now off the table.

He however, and for the first time, admitted that, like previous power arrangements entered into with the Government of Ghana, the AMERI Power deal in retrospect may have “structural faults” which could be relooked at.

His house was besieged Monday morning by officers of the Criminal Investigative Department, who with a search warrant from a circuit court, seized his laptops, and pen drives.

They were in search of documents covering the controversial AMERI power deal signed in 2015 between the erstwhile John Mahama administration and the Turkish power company.

According to Dr. Kwabena Donkor, the officers even wanted to take away his phones but he resisted and only provided his serial numbers.

The $510 million worth AMERI power deal which was to provide emergency power during the country’s power paralysis triggered massive controversy in 2015.

The then opposition New Patriotic Party as well as other think tanks accused the government and the then Power Minister Dr Kwabena Donkor of short-changing the country.

The Vice President of policy think tank IMANI Ghana  said the AMERI power deal which cost $510 million of the tax payers money was a collusion by former government officials and officials of AMERI group to “over charge the state.”

Kofi Bentil did not understand how the erstwhile National Democratic Congress government paid that much for an emergency plant when it could have gotten it for $220million on the open market.

According to him, the former NDC administration paid a whooping sum of $150 million to a middle man, AMERI, for little or no job done.

Despite these allegations, the former Power Minister Dr Kwabena Donkor insisted the AMERI deal was above board.

On winning the election, the Akufo-Addo led administration constituted a committee to investigate the circumstances under which the AMERI deal was signed.

The committee led by Lawyer Philip Addison, after investigating the details of the deal concluded the state had been short-changed.

Despite the revelations by the Committee, Dr Kwabena Donkor still questioned the findings of the committee and challenged the government to proceed to court if they believe something untoward has been done.

On Monday, there were indications a former Deputy Energy Minister under the Kufuor administration KT Hammond had been meeting with Kwabena Donkor over the AMERI deal.

Dr Donkor will not say the details of the meeting with Hammond except to state that there were some “compromises” being made over the AMERI deal.

Just a day after the meeting with Hammond, some personal effects of the then Power Minister have been seized by police officers in his home.

He told Elton Brobbey the invasion of his house violated his right as an MP and did not follow procedures required by Parliamentary conventions.

While he suspects powerful hands were behind the invasion of his house, he was quick to state that he was sure the president had nothing to do with it.

“Somebody above the police is calling the tune,” he said, adding, “I believe this is political.”

“I have done nothing untoward. I am waiting for my day in court,” he indicated.

He said the raid on his house has changed the dynamics of the compromises he had with the government officials and is now ready to appear in court.