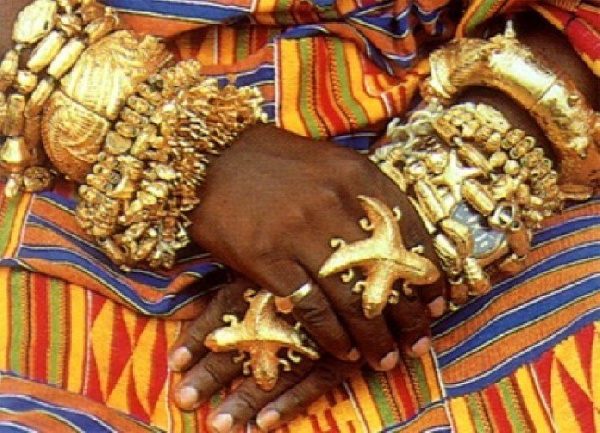 Chiefs in Effia-Kwesimintsim of the Western Region have described as fake news report suggesting they are persuading the former Member of Parliament Joseph Mensah to contest the next primaries of the New Patriotic Party (NPP).
The Chiefs have therefore dissociated themselves from the report insisting they will not be associated with such “barbaric and unscrupulous” political activity.
In a statement jointly signed by Nana Ekra Kojo IV and Nana Egya Kwamina XI, Anajihene and Apremdohene respectively, the Chiefs insisted they will not be drawn into petty partisan politicking, and adding that their duty is to work for the progress and development of the community, and stressed that anyone the community votes for, they will gladly work with the person.
The statement follows a news report on Ghananest.com suggesting that Chiefs of Ahanta within the Effia-Kwesimintsim Municipality (EKMA) have asked the former MP for Kwesimintsim, Joseph Mensah to come back and contest when the party opens nominations for parliamentary primaries.
The report further suggests that the chiefs eulogized the former MP for some development projects he championed whilst in office.
The report appears to have angered the Ahanta Chiefs prompting the release of a statement.
“We wish to disassociate ourselves from this fake news and its content entirely. We the Chiefs are not breeding grounds for political mediocrity.”
“We are here for all manner of persons except political warmongers. We entreat each and everyone to discard this barbaric and unscrupulous information that a certain group wants to taint the image of the Ahanta Chiefs.”
“We again wish to make it known without any provocation that we will not sell the good will of our people to any politician. We are guided by their choice and happy to work and cooperate with same,” the statement said.
Mr. Joseph Mensah was elected in 2016 to represent Kwesimintsim in parliament but lost the party’s parliamentary primaries in June 2020 to Dr. Prince Hamid Armah, who went on to win an overwhelming mandate in the general elections in December.