President of the African Development Bank, Dr. Akinwumi Adesina has extols President Nana Addo Dankwa Akufo-Addo for winning the Forbes prestigious award in 2021 for his impact and contribution to the African continent and the global stage.

Dr. Akinwuni, who also won the award in 2019 said President Akufo-Addo deserve such a prestigious award for his continues push for the people of his country, Ghana and all Africans with great determination.

After the Ghanaian leader was adjudged the winner for 2021, the 2019 awardee said, “This is an excellent and very well-deserved honour and recognition. As a leader, you continue to push the boundaries of what is possible for Ghana and the people of Africa. You are an embodiment of a remarkable ‘can do’ African spirit—a spirit of focused determination that seeks to make a difference in the lives of your people and unleash Africa’s true potential.”

Previous honourees of this prestigious award are H.E. Paul Kagame; President of Rwanda, who won it the first time it was instituted in 2018; Dr. Akinwumi Adesina; President of the African Development Bank in 2019 and Dr. Ngozi Okonjo-Iweala; Director General of the World Trade Organization also winning in 2020.

President Akufo-Addo was adjudged as the 2021 African of Year and he would be featured in and be on the front of the cover of the Forbes Magazine Africa for December-January (2021-2022) edition.

The award was instituted four years ago by the African Business News Group (ABN), owners of CNBC Africa & Forbes Africa to recognize Africans who made most impact and contribution to the continent and global stage. And it is alsopart of the All-Africa Business Leaders Awards (AABLA) that were founded in 2011.

In the same development, Members of Ghanaian Parliament on Thursday 9th of December, 2021 on the floor of Parliament acknowledged the great works of President Akufo-Addo that has earned him such a great honour on the African continent and the world at large.

According to the MPs, President Akufo-Addo greatly deserves the Forbes Honor having worked hard to change the fortunes of Ghana and reposition the African continent on a higher pedestal that has become so attractive to investors around the world.

Contributing to a statement, the MP for Nsawam-Adoagyiri and the Majority Chief Whip, Frank Annoh-Dompreh said “looking at the track record of the President upon assuming the leadership of this country, there is no doubt that he deserves this award.”

Expressing his views, the Majority Chief Whip said President Akufo-Addo demonstrated his vision for Ghana by raising more money from the domestic market, re-industrialization of the country’s economy and pursuing a target benchmark value regimes to protect local factories. 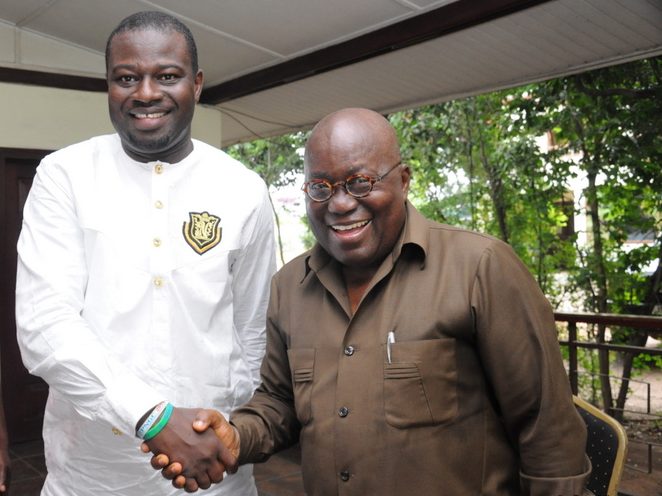 “His vision is to cash in on our own resources and areas we have competitive advantage. Indeed, under his leadership, there has been a positive turnaround in the fortunes of the country. This transformation has led the country to becoming the most important investment destination for foreigners and foreign companies,” he noted.

Hon. Frank Annoh-Dompreh also stated that the influx of renowned automobile assembling plants such as Toyota, VW, and Nissan as well as the location of the Africa Continental Free Trade Area (AfCTA) Secretariat is a great testimony to the leadership of President Akufo-Addo, noting that “the world has seen the spectacular performance of President Akufo-Addo and his government impacting lives, livelihoods and transforming the country to the admiration and commendation of the world,” he posited”.

He was of the believe that the purpose of honouring the President would not be lost on Ghanaians, adding that “Since this is the first time a Ghanaian has won and the second President on the continent received it, I must also say that this honor has cemented our relevance on the continent and continues to enhance the image of the country at the global stage”.

Mr. Samuel Abdulai Jinapor, Minister for Lands and Natural Resources and MP for Damango on his part, said the honour done to zpresident Akufo-Addo should be seen as an honour to the country since the Forbes African Magazine Award is not one of those awards that have to be appropriated by one section of the Ghanaian society.

“I think, this is indeed clear recognition of the efforts being made by the government of President Akufo-Addo and every Ghanaian must take pride in the recognition,” he noted.

He noted that all the past recipients of the awards brought honor to their country, emphasizing that President Akufo-Addo has done same to Ghana. 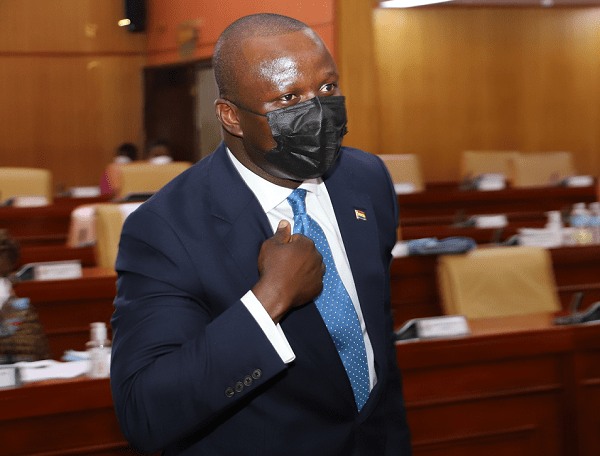 “The institution (Forbes) pointed out the consistency of President Akufo-Addo in terms of his vision for Ghana and Africa, and his attempt to change the structure of the Ghanaian economy. The President has been at the forefront of championing the world economic order which has been structured in a way that puts Africa at a disadvantage. He has never lost the opportunity to advocate for the change of this World Economic Order so that Africa takes its true place in the world economic arrangement”, he noted.

Other contributors to the statement were, Minister for Communications and Digitalization and MP for Ablekuma West, Ursula Owusu-Ekuful, MP for Tano, Benjamin Yeboah Sekyere, the Western Regional Minister and MP for Takoradi, Kwabena Okyere Darko-Mensah among others.