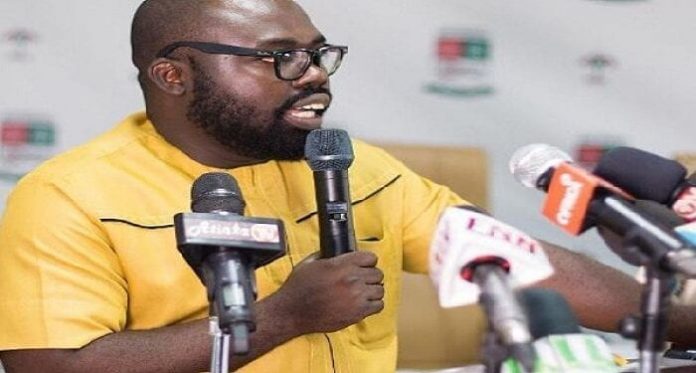 Deputy General Secretary of the National Democratic Congress (NDC), Peter Boama Otukonor, has said the report by the Economic Intelligence Unit (EIU) which predicts a win for the NDC in the 2024 presidential elections, is not credible.

Reacting to the report on 3FM’s Midday News with Komla Adom, Mr. Otukonor said the report is not scientific enough to deserve attention.

“I have maintained that you do not use guess work and conjectures in analyzing political situation or economic situation. I have my own position about the EIU reports, I think they are not credible enough and they do not provide any credible recommendations for any political strategist to apply”, he said.

Mr. Otukonor says his preliminary assessment of the report shows that it is merely a rehash of what is public knowledge on how governments change hands in Ghana after every 8-years.

He would wish they did a lot more scientific research which will be more helpful.

The report, though predicts victory for the NDC, added it expects the party to do so with a “fresh candidate”. But Otukonor says the suggestion of a new candidate is laughable.

He said has the sole power to strategize or advise the party on who to lead in 2024, it would pick former president John Dramani Mahama because he “stands very tall”. He maintains there is nothing to be excited about regarding the report.

Meanwhile, the Minister of Information, Kojo Oppong Nkrumah, has disclosed the New Patriotic Party (NPP) is working to break the 8-year jinx.

The EIU team of economists, industry specialists, policy analysts and consultants who work to produce the highest quality data, research and analysis on everything from national elections and international trade, to food security and sustainable cities. The EIU predicted a “too close to call election” in 2008 which ended up in a runoff, predicted victory for Mahama in 2012 , victory for Akufo-Addo in 2016 and 2020.