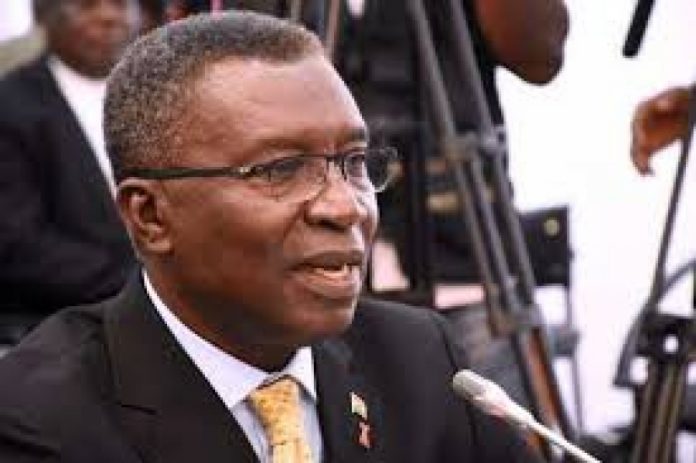 Per the terms of the contract, the agency was required to pay the contractors, Amandi Constructions, 16 per cent of the US$ 56 million project sum upfront, after which the contractor was taken to the project site to commence.

The project, however, came to halt as a result of a land litigation in which Beige Capital laid claim over the project land, an issue which is still pending before the High Court.

The agency has, however, secured the land title to continue with the project while the case is pending in court but the Minister of Environment, Science, Technology, and Innovation, Professor Kwabena Frimpong-Boateng, has ordered it to terminate the contract and bring an end to the project.

Aside it being impossible to recover the US$6 million that had already been disbursed upfront should the contract be terminated, there are also fears of additional loses as the contractor had cautioned the agency that it would seek legal redress should there be a unilateral termination of the contract.

The Deputy Executive Director of Finance and Administration of EPA, Mr. Charles Kudjoe Amevor, who confirmed this in an interview with the GRAPHIC BUSINESS, said the agency would soon meet later this month to find out how an amicable solution could be reached with the contractor to avoid further losses.

“The payment that we have made, if we don’t let the contractors continue, it is going to be difficult to recover that money and apart from that , if you look at the terms of the contract, the contractor can go to court and demand additional money,” he stated.

“The agreement said that when the contract is signed, 16 per cent of the contract sum should be paid upfront to the contractor and this amounted to US$ 8.2 million. So after the contract, the consultant to the project which is Fast Consults wrote to the EPA to demand for the payment of that amount in accordance with the terms of the contract so out of the amount, US$6 million was paid,” he stated.

He said the project was a huge project and was, therefore, divided into phase one and phase two.

Phase one was further broken down to phase 1A and phase 1B and the contract was for the phase 1A which was estimated to cost US$ 56 million.

Reasons for the ministers order
Mr. Amevor pointed out that the minister raised issues on the location of the project and the cash flow of the agency.

“He said he was not okay with the contract as well and, therefore, called for its termination,” he noted.

The executive director said following the orders of the minister, the then Acting Executive Director of the Agency wrote to Amandi Constructions to suspend the project, while it looked for an amicable solution.

The contractor, however, in his response cautioned that should the contract be unilaterally terminated, it would seek legal redress.

Mr. Amevor said the executive committee of the agency had, therefore, agreed to engage legal experts to carefully look at the legal implications of the termination of the contract.

He said the committee would then submit the information to the board for it to quickly take action.

The Green City project
The EPA in 2014 launched the Green City Project, which was modelled after the green city concept of the United Nations Environmental Programme (UNEP) headquarters in Nairobi.

The site for the construction of the green city complex, which would have been the first in West Africa, was the 50 acre land in the Greater Accra Region.