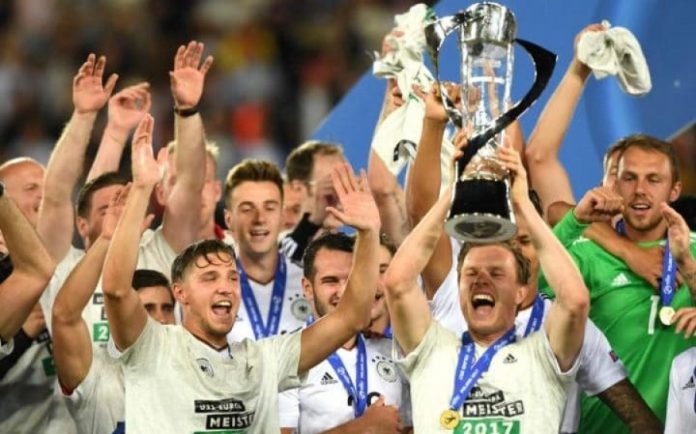 Mitchell Weiser’s first-half header was enough to give the Germans a first title since 2009 when they’re squad was filled with talent such as Jermome Boateng, Sami Khedira and Mesut Ozil.

Spain went close to an equaliser through the left foot of Saul Niguez, the hero of their thrumping semi-final win over Italy, but he saw his effort saved.

But Germany, who beat England on penalties in the semi-final, held on in the latter stages as Spain dominated territory and possession.

Former Arsenal winger Serge Gnabry, who completed a move from Werder Bremen to Bayern Munich this summer, was Germany’ most likely attacking threat through his pace a dribbling ability.

Several of Germany’s usual Under-21 internationals are in Russia for the Confederations Cup after Joachim Low named a youthful squad for the tournament. They face Chile in Sunday’s final.