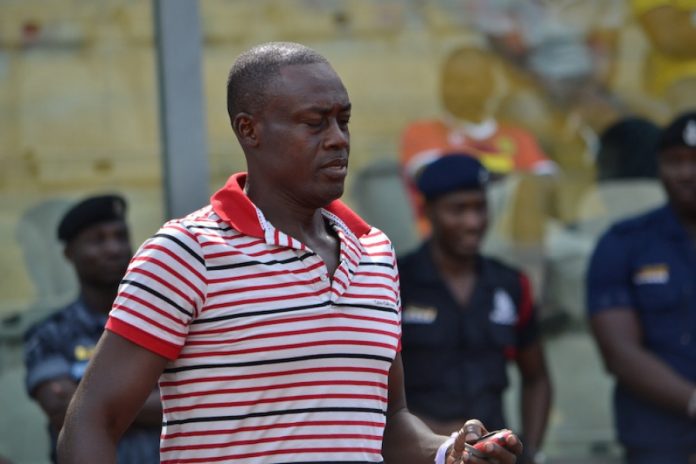 Adotey, who doubles as the coach of the country’s Under-17 female national team, is expected to return to his original role as the club’s technical director, top sources have told Ghana’s leading football website, GHANAsoccernet.com

Osei is expected to arrive in Tarkwa this weekend to conclude talks with the 2016 CAF Confederation Cup.

The former New Edubiase assistant coach watched the side’s Premier League game against Ashantigold in Obuasi on Sunday and believed to have held informal discussion with the club’s top hierarchy.

The 45-year-old is expected to sign a permanent contract with the Mauve and Yellows if he agrees personal terms.

However, GHANAsoccernet.com sources say the former Kotoko coach, who is currently without a job, is keen on returning to top-flight football after leaving Kumasi.

Medeama are seeking to augment their technical bench following their unflattering campaign this term.

Opinions have been divided over the future of Adotey, who has supervised the side’s unimpressive run in the top-flight this season.

The Tarkwa-based side are currently 11th on the Premier League table.