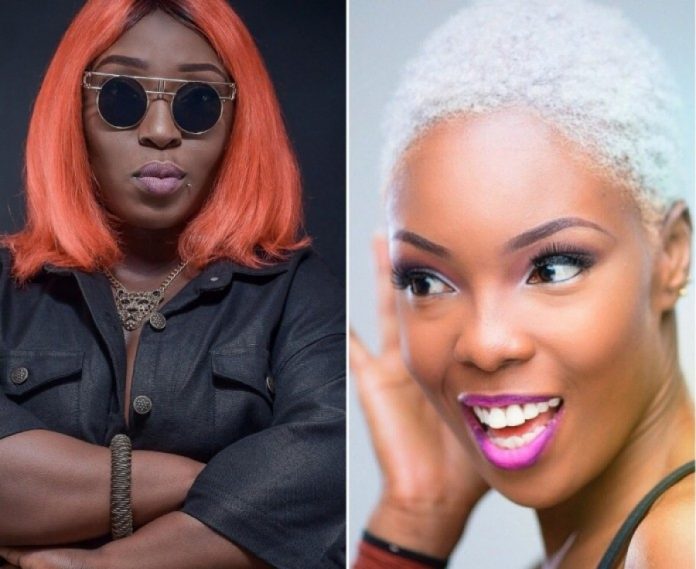 Earlier, Feli Nuna in a chat with Zionfelix disclosed that she is a very good rapper but her followers are not aware of that because of her numerous afrobeat songs.

Miss Nuna continued that the Ghanaian music industry has not experienced many female rappers so that makes her stand tall among the few like Eno, Abrewa Nana, Tiffany, Freda Rhymes who recently won MTN Hitmaker and others.

She stressed that “I’m the best ever to come from Ghana because my bars, style, and everything is on point”.

But in an interview with Adomonline’s Dennis Adu on Adom FM’s ‘Kasahari Level’ last Saturday, Eno Barony rubbished her claims insisting that she doesn’t see Feli Nuna as a rapper.

Eno who calls herself ‘Yaa Asantewaa’ of rap added that, ‘I am the best female rapper no doubt. She [Feli Nuna] says she is the best and that is not rap.’

The ‘D33d3w’ hitmaker stressed that ‘Feli Nuna is the best in what she does. For me what I do is rap. I don’t know whether she is rapping or not so I don’t know.’ Eno maintained.

According to Eno Barony, she doesn’t think Feli Nuna deserves the recognition as a rapper because she is not impressed by her style.

“But I don’t have to blow my own horns. If you think you are the best and you meet me and you are not able to put me on the floor I don’t think you’re the best…” she said.