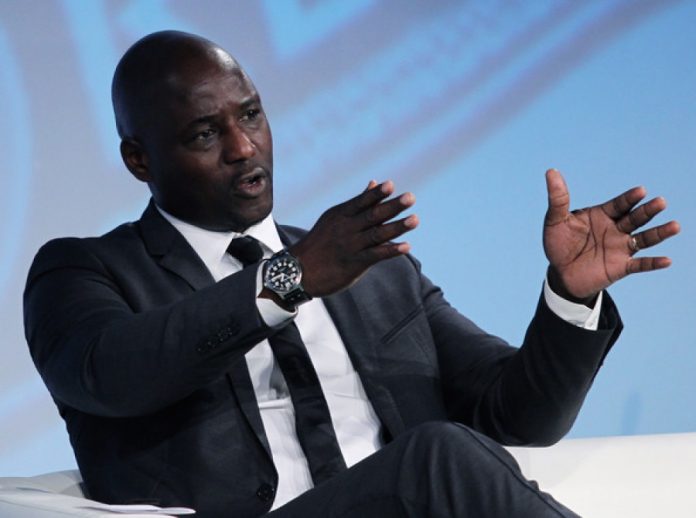 Citing the massive support given to Ghanaian midfielder, Sulley Muntari, by organizations such FIFPro, a worldwide representative organization for professional footballers, the Professional Footballers Association of Ghana and the United Nations Commission on Human Rights, Mr. Baffoe believes the huge solidarity resulted in the lifting of the one match ban on Muntari.

“I am very, very happy with the outcome…It’s again important that we come together to make sure that it doesn’t happen again,” Baffoe told the host of The Lounge, Kwaku Sakyi-Addo on Friday.

Last Sunday, Muntari who plays for Pescara in Italy walked off the pitch before the final whistle during a league match between his club and Cagliari to protest the referee’s refusal to take action after reporting racist chants against him from some Cagliari supporters in the stands. He was yellow carded twice for protesting against the abuse and leaving the pitch without following due processes. However, after a global protest, the Italian Football Federation has lifted the one-match ban.

Baffoe, who is a Match Commissioner and General Coordinator for CAF and FIFA sanctioned tournaments, applauded Muntari’s stance.

“The ban has been lifted and it shows you that Sulley Muntari was right. I can only salute Sulley because our young ones are also looking so it’s very, very important.”

On his part, Ghanaian sports journalist Gary Al-Smith recommended that the Ghana FA must in the future be more proactive when such matters arise.

“In any Western country, if this happens, one of the first things the Football Association would do is to issue a statement even if they don’t know the facts…you don’t wait until Monday, Tuesday, Wednesday. In communication, a vacuum creates a lot of things so that was my beef and that is where I thought the Ghana Football Association failed him,” he said.

“So yes indeed, as I know belatedly, I know they were speaking to the player behind closed doors but you have to give people confidence and other Ghanaian players out there that if I am in trouble, you don’t wait five days before you issue a statement,” Al-Smith added.