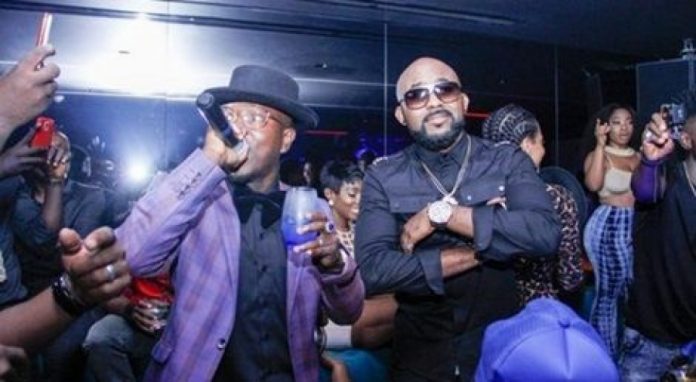 The Kumasi-based rapper of the Bradez fame took home the “Hip-life Song of the Year” at the 18th edition of the Ghana Music Awards with his “Go Low” song which received massive airplay and reviews.

After winning the award, Flowkingstone was spotted at the Ciroc Party “Grill at the Pent” to celebrate and thank his fans for supporting him to win the award.

The party which was headlined by Nigerian music star Bank W took place at the plush Carbon Lounge, Airport City and when Flowkingstone got hold of the mic he called out Bank W, Ciroc Brand Ambassador for Nigeria, to do some acapella of their respective songs to the yeaning party revelers.

The Grill at the Pent is a series of premium parties organized by Ciroc Ultra Premium Vodka, the world’s fastest growing luxury vodka and a product of Guinness Ghana Breweries Ltd.