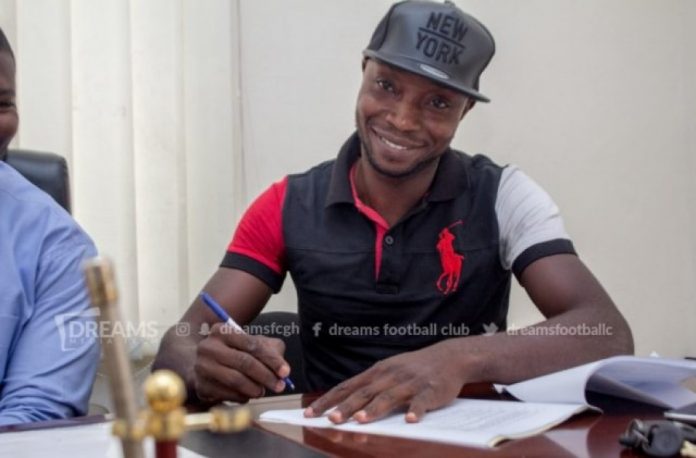 Amoako, 34, has signed a short-term deal with the Dawu-based club after being released by Asante Kotoko head coach Steve Pollack.

The one-time first-choice shot-stopper of Kotoko left the club after failing to recapture his position when he recovered from a long injury layoff.

But Dreams FC have offered him the platform to relaunch his ailing career.

“We are delighted to announce goalkeeper Isaac Amoako as our fifth signing of the season.”

“The experienced shot-stopper sealed a short-term deal at the club’s secretariat on Thursday afternoon following successful medicals at the Philteng Medical Centre earlier this week,” Dreams FC posted on their official website.

Amoako joined the Porcupine Warriors in 2007 from then elite-league side BA United following a stunning performance with the side in their maiden top-flight campaign.