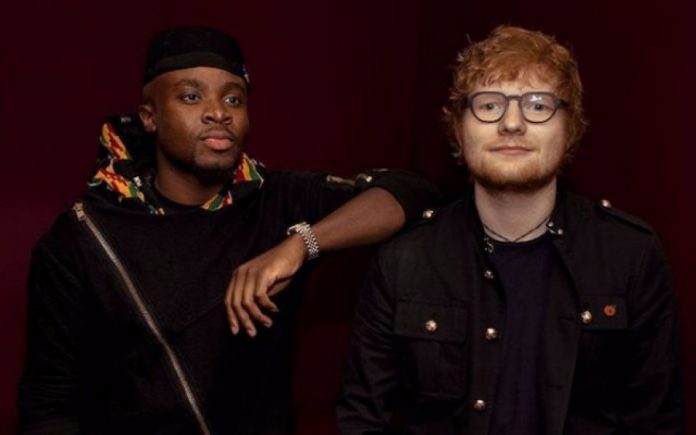 Fuse won the award for co-writing Ed Sheeran’s ‘Divide’ album which won ‘Best Pop Vocal Album‘ at the 2018 Grammy Awards over the weekend.

The ‘divide’ album which is the third studio album by English singer-songwriter Ed Sheeran was released on March 3, 2017.

He sang on one of the most popular songs on the album titled, ‘Bibiaa Be Ye Yie’ which was written when Ed Sheeran came to Ghana in 2016 and was produced by Tema based Ghanaian sound engineer, Killbeatz.

He took to micro-blog Twitter to express his delight.

Fuse has topped charts all over the United Kingdom and won other International awards including the Music of Black Origin (MOBO) and African Musik Magazine Awards.

Born in London and raised in Ghana, Fuse returned to London for his secondary education, where he attended the Archbishop Lanfranc School, Croydon. He grew up in Mitcham, South London.