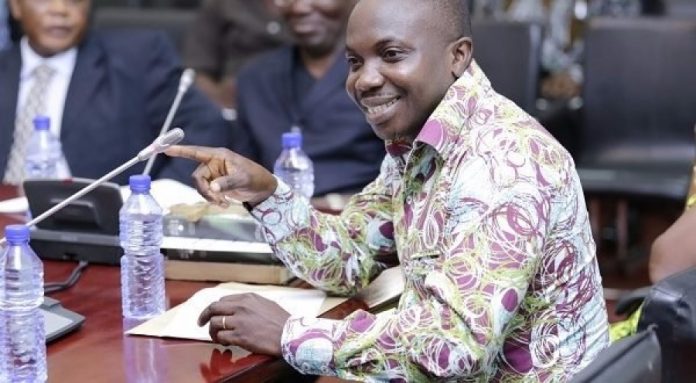 This came to light when he appeared before the Public Accounts Committee of Parliament about two weeks ago.

The GAA said this in a statement signed by Mr. Calvis Okine, the President of the Association, and copied the Ghana News Agency on Monday.

The statement said upon interrogation of the auctioneer, the GAA noted that there were no adverts on the auction notice on the sold vehicles and “actually there was no public auction.”

It said it was, therefore, wrong on the part of the auctioneer to be remunerated with seven per cent commission of the total proceeds.

“His remuneration will fall under the PNDC Law 230 section 30 subsection 2, and that is supposed to give the Auctioneer an amount not exceeding three per cent on gross proceeds of sale,” the statement said.

The GAA has, therefore, called on the member to immediately refund the extra four per cent to the vendor.

The statement said with these infringements on the Auction Sales Act, Mr Alexander Adjei of Alex Mart has been referred to the Disciplinary Committee for necessary sanction, and should take the impending refresher course on auctioneering seriously.

The GAA reminded the public that “auctioneers are not valuers, they conduct auction sales to the public, and values stated on the vehicles are not done by auctioneers.

“Recognised Valuers (Licensed) are invited by the Vendors to conduct the valuations – not the auctioneers. After the Valuers, like those in the STC; finish their work, the report is sent to the Vendor who commissioned the valuation,” the statement said.

It said: “The vendor goes through the valuation report to satisfy him or herself before appointing the auctioneer, with attached conditions of sale among other important documents”.

The statement said the auctioneer and the vendor would then agree on the date of auction before the auctioneer would go ahead with the process of auctioning, adding; “with the government vehicles under the Chief of Staff, it is worthy of note that there are Valuers at the Office of the Chief of Staff, who also satisfy themselves with the values (reserve prices) on the vehicles.

The GAA said it was rather surprising to lay blame on the auctioneer for low reserve prices on such vehicles and that the valuer should be invited by the Public Accounts Committee of Parliament for explanation on those low prices on the vehicles.

The Association assured the public that it was currently preparing itself for rebranding before the year ends and was, among other things, drafting a new constitution and code of conduct to bring a new phase of auctioneering very soon.