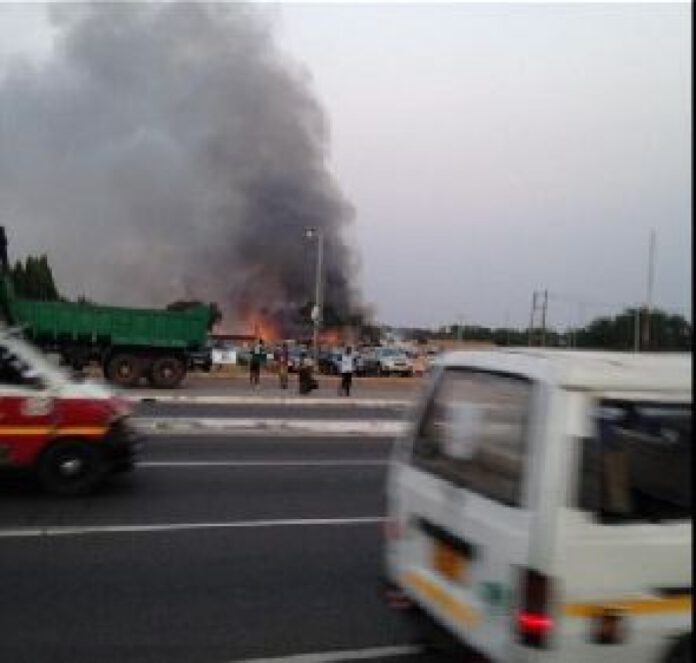 It is unclear yet what may have caused the explosion but eyewitnesses indicate that a number of people were present at the filling station at the time of the explosion.

It took the timely intervention of the fire service to lessen the effects of the fire.
Reports emerging indicate thick black smoke was seen billowing into the sky after the explosion.

The flames affected the power lines in the area causing an instant power outage in the area. The blaze caught sections of the Trade Fair building.

Residents living nearby were thrown into a state of confusion as the fire intensified, injuring many in the process.

Investigations are underway to determine the cause of the explosion.