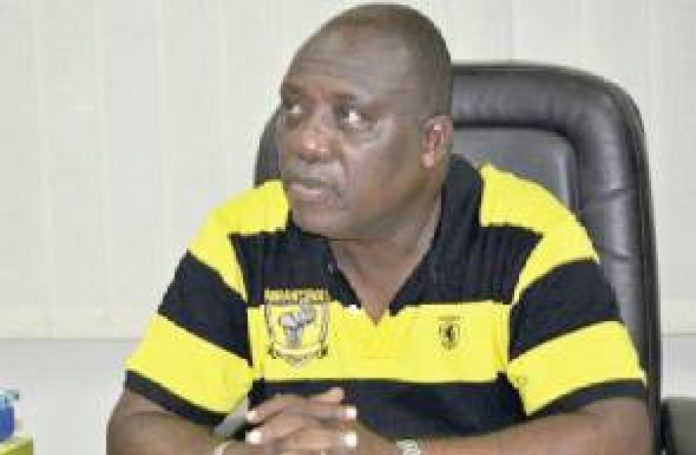 Ghana lost its third and fourth co-efficient due to abysmal performance of clubs in the 2014 competition when Asante Kotoko, Berekum Chelsea, Medeama and Ebusua Dwarfs failed to reach the Group stage of both the Champions League and CAF Confederations Cup competitions.

The West Africa giants will be represented by Aduana Stars and Asante Kotoko in next year’s competitions after the two clubs clinched the Ghana league and FA Cup titles respectively.

But the GHALCA capo believes clubs in the country have not shown enough quality on the big stage to win back the four slots during an interview on Happy FM’s Weekend Sports.

“It will be very difficult for Ghana to win back our four slot in Africa,” Fianoo

Aduana Stars have been paired with Libyan side Else Tahadi in the first round of the Champions League qualifying stage while Asante Kotoko will play Congolese outfit Athletique Renaissance Aiglon in the Confederations Cup.