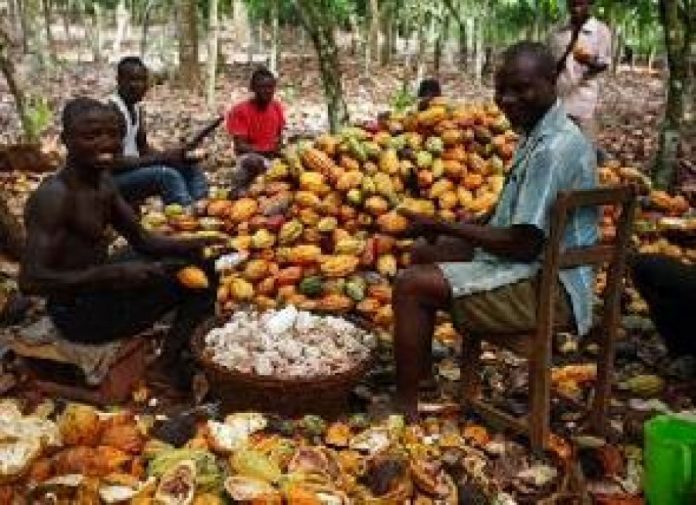 Ghana Cocoa Board didn’t meet revenue targets for the 2015-16 season as the total output of 778,000 metric tons of beans fell short of an earmarked 850,000 tons, Noah Amenyah, a spokesman for the regulator in the world’s second-biggest grower, said by phone on Thursday.

The board so far suffered $1 billion in revenue losses in the current season that started in October as future contract prices fell by more than a third since the middle of last year, Amenyah said.

Last year, the regulator undertook projects, assuming costs would be covered by output and price assumptions that didn’t materialize. At the same time, it exceeded its usual annual spending of $150 million on roads in cocoa growing areas by almost five times, Amenyah said.

On ICE Futures U.S., cocoa for September delivery rose 0.3 percent to $1,989 a ton on Thursday in New York. The price has declined 6.4 percent this year.

While the board is facing mounting debts, the regulator is ruling out cutting farmers’ pay even as global cocoa prices have fallen on forecasts for oversupply.

The government of President Nana Akufo-Addo, who came to power in January, appointed Joseph Boahen Aidoo as chief executive officer of the cocoa regulator in the same month after dismissing former head Stephen Opuni and other top officials.

“Certain things will have to be delayed because of the liquidity problem,” Amenyah said.