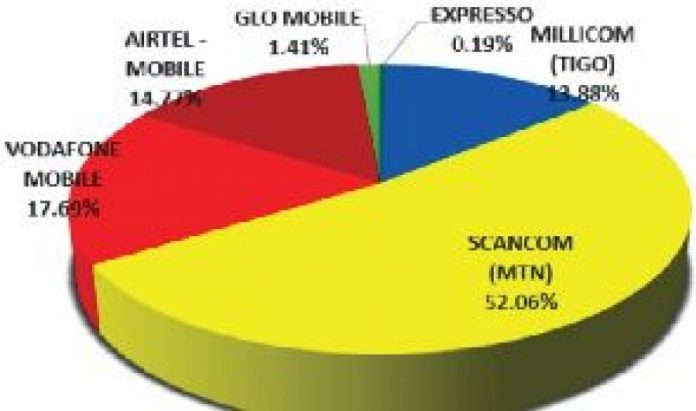 According to industry statistics released by the National Communications Authority (NCA) on its website, this brings the country’s mobile data penetration rate to 69.91 per cent in 2016 up from the 2015 figure of 65.74 per cent.

The players in the cellular mobile data space are MTN, Vodafone, Airtel, tiGO, Glo and Expresso.

From the statistics, MTN was the only company among the six that managed to increase its subscriber numbers and market share.

Two players, Vodafone and Airtel, managed to increase their mobile data subscriber numbers but shed a lot of market share during the period.

On the other hand, three others, tiGO, Glo and Expresso, lost out on both subscriber numbers and market share.

MTN maintained its lead within the sector as it managed to keep its competitors at bay. The company’s mobile data subscriptions for December 2016 stood at 10.2 million as against 8.6 million the previous year. Its market share at the close of 2016 increased to 52.06 per cent from 47.89 per cent in 2015.

For that of Airtel Ghana, the company’s mobile data subscriptions as of December 2016 was 2.90 million, up from 2.87 million the previous year. In spite of the marginal gain in its subscriber numbers, the company’s market share dipped to 14.77 per cent in the year from 15.97 per cent in 2015.